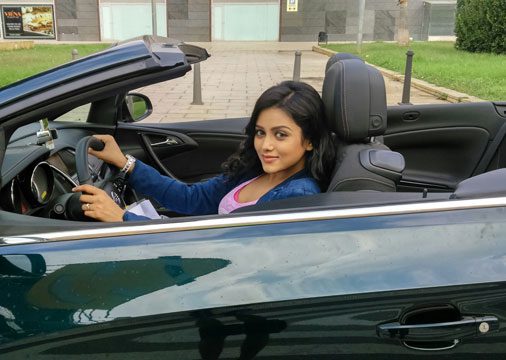 I had heard so much about Barcelona over the past many years. I have heard about the way the city kisses the Mediterranean Sea and how it a pleasure to cycle or job by the side.

The architecture of the Spanish city is also worth visiting it for and that was the first thing I wanted to see when I decided to hit the trail, when I needed a vacation from my gruelling shooting schedule.

The architecture goes back many hundred years ago and I am told that some of these architecture is Roman inspired and traces its style to over 2000 years. That makes it sure that I am not just visiting a concrete jungle, but somethings that ranks very high in terms of original creations, albeit human made, but made during the times when such a skill was highly revered.

The main reason to visit Barcelona was I needed a vacation from my shooting schedule. The weather at Barcelona was very pleasant. The beaches are also sun kissed and that makes it all the more beautiful in addition to the weather which is pleasant.

I was first house in the middle of the cityscape, but then I decided to then shift to a hotel by the waterfront. I was at a hotel called ‘W Barcelona’ and it had a beautiful view with all amenities that an actor like me also needs. Apart from the view from the hotel, what caught my eye was the amazing gymnasium that the hotel housed.

The coolest thing I did over there is doing cycling and hitting the road because it is indeed a pleasure to cycle by the sea. Thankfully people did not recognise me there and that was something that made it much easier for me to stay on the road.

There is the beautiful Colserolla Hills where one cannot just indulge in hiking, but also participate in mountain biking which is an adventurous sport, and I decided to give both of it a skip given my short stint at the Spanish locale.

Barcelona is also famous for wines. I indulged in trying out a few wines just for the taste of it and one such wine did leave a lingering taste in my mouth.

The sea food over there was amazing. The traditional paella, and other sea food cooked daily are brought in fresh from the sea ports around the city. I am a hardcore sea food lover and the pica pica marinera which is a mixture of exotic sea food is probably one dish that sea food lovers should never miss. And then there are some exotic sea food stuff there at certain restaurants like the juicy grilled prawns, flavour-rich anchovies, tender octopus and decadent razor clams among others.
However, the scenic beauty of the city is what I would always come back here for when given a chance.

Qatar: A guide what to see in this small country (part...