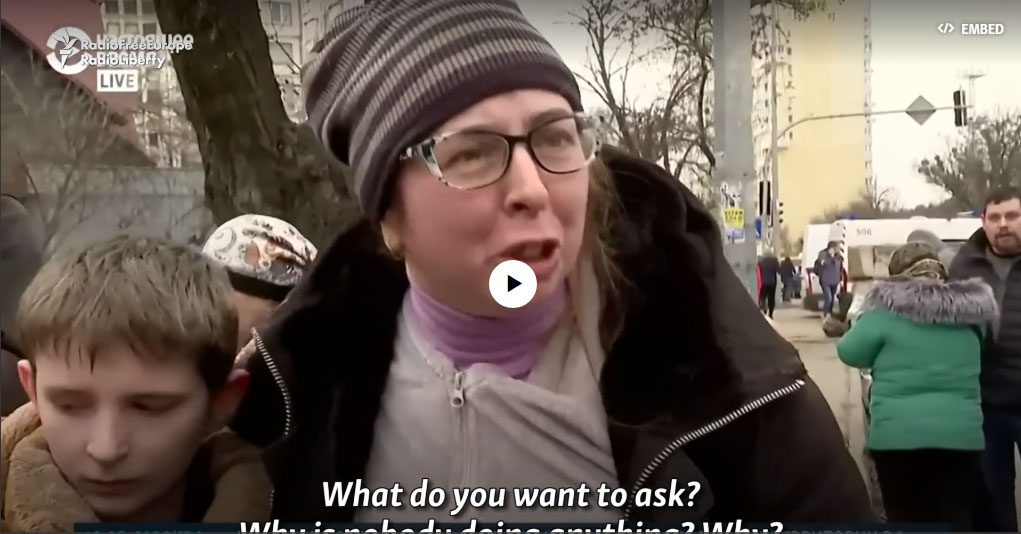 Residential buildings were in flames in the southern Ukrainian city of Mykolayiv on March 7. The city is on a strategic route between Kherson, which is occupied by Russian forces, and the port city of Odesa. Residents of Odesa and Zaporizhzhya are preparing to defend their cities against expected Russian assaults. Civilians have been under continuous attack around Ukraine, including Kramatorsk in the east.

Residents In Irpin, Ukraine, Flee Their Homes: ‘They Shoot Nonstop. There Is No Water, No Electricity’