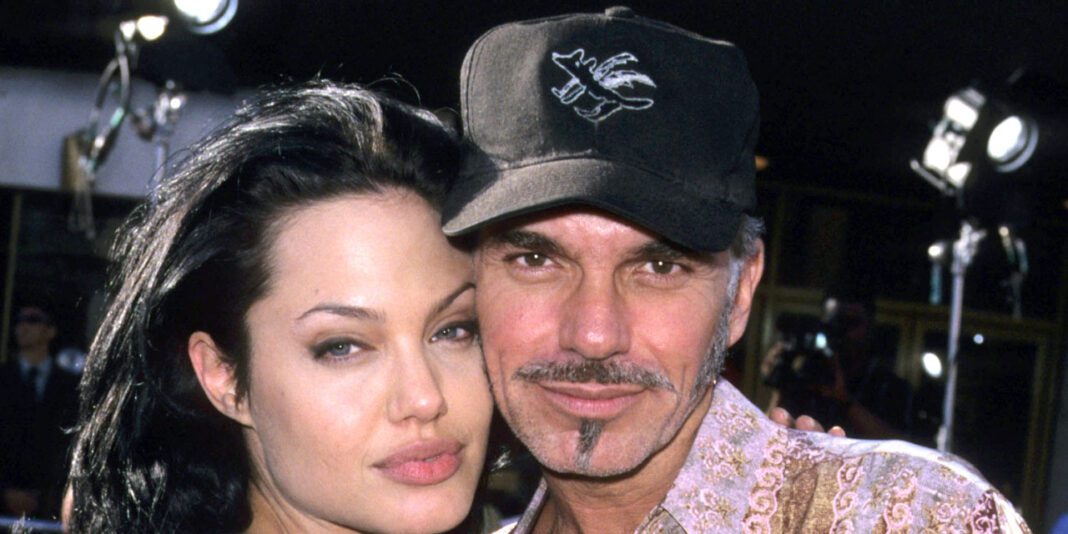 Billy Bob Thornton has nothing but positive things to say about his ex-wife, Angelina Jolie.

ET caught up with the 61-year-old actor at a press junket for his latest film, Bad Santa 2, at the Four Seasons Hotel Los Angeles on Friday, where he gave us an update on how Jolie’s been doing following her split from Brad Pitt.

“She’s seems, you know, OK to me when I talk to [her],” Thornton told ET’s Denny Directo. “I don’t talk to her that often though. You know?”

“We’re still very good friends,” he added, “but she’s got her world. I’ve got mine.”

Thornton and Jolie, 41, tied the knot in Las Vegas on May 5, 2000, after starring together in the Mike Newll-directed comedy-drama, Pushing Tin. They separated in June 2002 and divorced the following year.

“Once in a blue moon we come together,” Thornton told ET of their now amicable friendship. “Every now and then we talk, you know? Whatever. But when people are going through their trials and tribulations I try to leave them alone unless they want to talk to me.”

And when asked if he’ll always be there for Jolie when she calls, his answer was sweet.

“Of course,” he replied.

In addition to Thornton’s role in Bad Santa 2, which hits theaters Nov. 23, fans can also catch the Arkansas native in the November issue of GQ.

“I never felt good enough for [Angelina],” he told the magazine, noting she was more of a social butterfly whereas he preferred to spend time at home. “I’m real uncomfortable around rich and important people.”

Back in 2014, Thornton told The Hollywood Reporter that he was “not fond” of that “crazy time” when he was married to Jolie, a time where the two made headlines for wearing vials of each other’s blood around their necks.

“Vial of blood is very simple,” he explained. “You know those lockets you buy that are clear and you put a picture of your grannie in and wear it around your neck? She bought two of those.”

“We were apart a lot because she [was] off making Tomb Raider and I’m making Monster’s Ball,” he added. “She thought it would be interesting and romantic if we took a little razor blade and sliced our fingers, smeared a little blood on these lockets and you wear it around your neck just like you wear your son or daughter’s baby hair in one. Same thing.”

As ET previously reported, Jolie began dating Pitt after meeting him on the set of their 2005 film, Mr. & Mrs. Smith. In September of this year, Jolie filed for divorce from the actor after two years of marriage and 11 years together.

Earlier this week, Pitt was cleared of child abuse allegations by the Department of Child and Family Services. Jolie’s rep told ET in a statement that the mother of six was “relieved” that the investigation had concluded, and that her focus has always been on the health of her family.

Hear more in the video below.

A brief history of the NFL, ‘The Star-Spangled Banner,’ the Super...