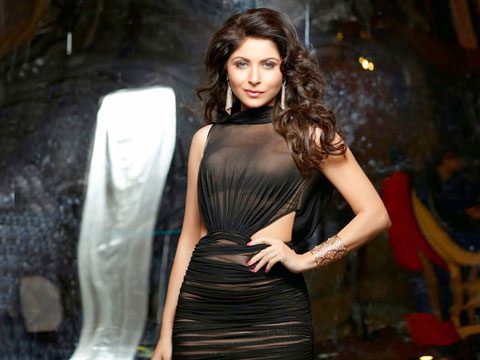 Kanika Kapoor keeps surprising the music buffs and her fans with her unconventional choice of songs, the latest being Da Da Dasse from the Shahid Kapoor-Alia Bhatt-Kareena Kapoor starrer Udta Punjab. After presenting some chartbusters with contemporary Bollywood style in the recent past including Lovely (Happy New Year), Chittiyaan Kalaaiyaan (Roy), Chhil Gaye Naina (NH10) and Desi Look (Ek Paheli Leela), Kanika has once again impressed the music buffs with her rustic rendition of the Punjabi folk song, Da Da Dasse.

The song has gone viral and the audience, especially the youth has been completely bowled over by Amit Trivedi’s composition and Kanika’s effortless singing.

“I was thrilled when I was approached to sing this song, it is a peppy track that simultaneously gives out an emotional connect of all the characters in the film. I loved the experience of recording this track and it has turned out very well,” she says.

Not long ago Kanika performing the Indian national anthem at an event held at Wembley stadium in London. A huge event was organised at Wembley to honour Indian Prime Minister Narendra Modi attended by over 70,000 people including Narendra Modi and British PM David Cameron.

Kanika was also invited by the Indian High Commission for dinner. Kanika informs, “I was chosen for the event as I am British Asian, and they felt that I have had many achievements in the last year and a half.”

Add to this, Kanika recently had a fan-girl moment when she got the opportunity to perform with the singing legend and her inspiration Asha Bhosle in a music video.

The video also featured Abhijeet Bhattacharya and Shaan and was screened at the World Culture Festival in Delhi.

Kanika says, “It has been a honour to work with Ashaji. Recording for the song with her was fun. I got to sing a classical number with her. I had my fan girl moment. The video is about unity. It is great to be part of something like this. The whole thing has been put together beautifully.”

And like Ashaji, Kanika hopes to be a versatile singer.

Kanika is especially known for singing eccentric numbers. Ask her if she is only comfortable singing up-tempo songs, and she says, “I’ve just started my musical journey. Since my first song became a huge hit, I was offered songs that fell under similar genres. That worked for me and also for music lovers. But, I want to make a mark as a versatile singer.”

Kanika who crossed the Indian border recently and visited Pakistan for an event that aimed to propagate peace between the two nations, performed with Pakistani musicians in Islamabad. Interestingly, Kanika wore an outfit made by a Pakistani local designer.

Kanika says, “People in Islamabad love music. It was great to perform there. I would love to visit the city again. It has been a rewarding experience. I consider it (my growth as an artiste) a big achievement.”

And Kanika has still not forgotten her roots. Ever since her debut hit song, Baby Doll, composed by composers Meet Bros, Kanika has always had a successful musical association with them. “They are extremely talented composers. We share a great camaraderie, and understand each other well as far as the music sensibilities are concerned,” adds the girl who now want to start all-girls tour band!

Kanika says, “Very rarely do you come across all-girls bands. The idea is to find best female artistes from different places, create a band and give them the opportunity to showcase their talent.”

More power to her.

Oscar 2023: Everything Everywhere All At Once Leads Nominations.

Qatar: What to see in this small country (the last part).