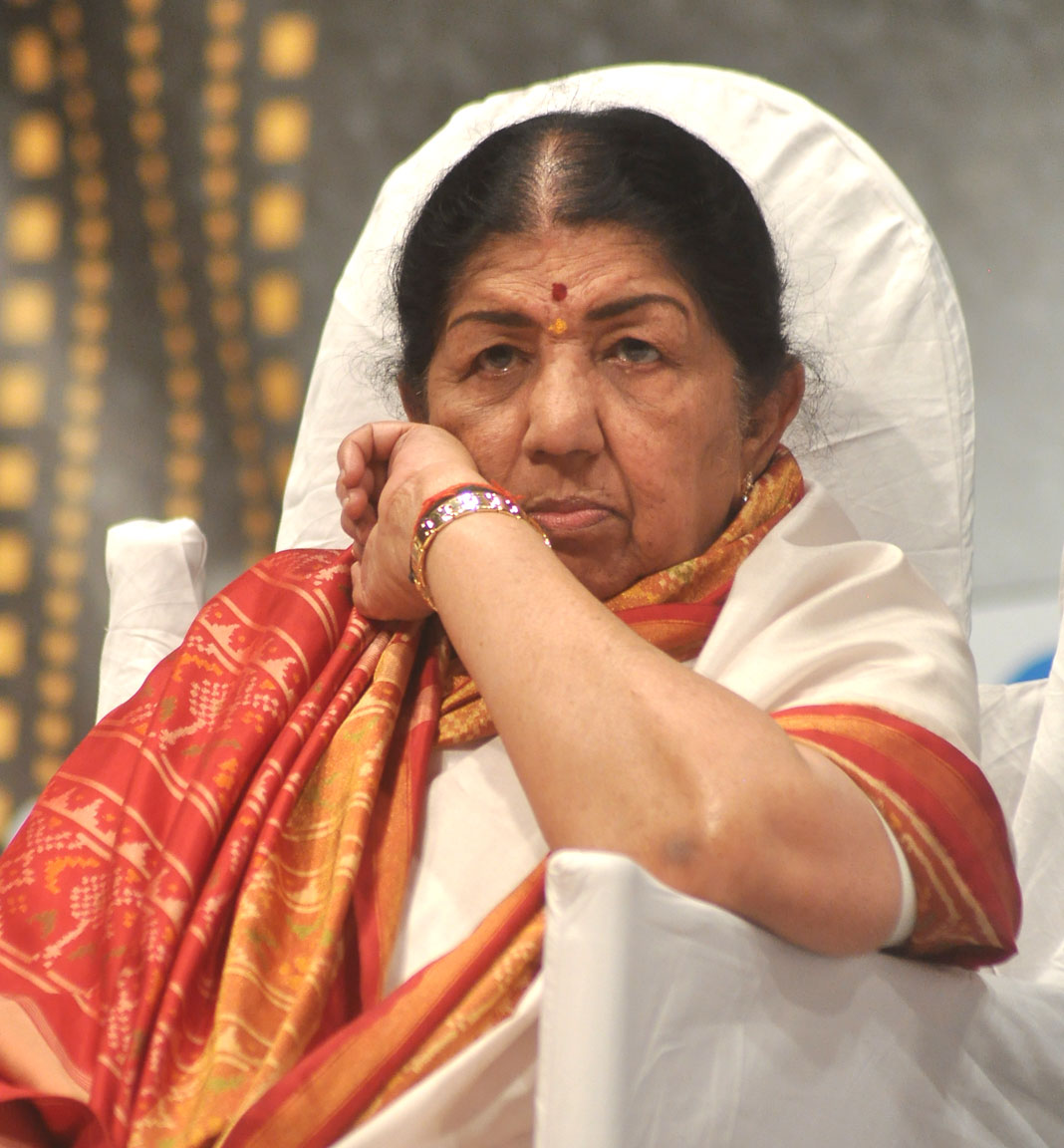 Lata Mangeshkar …in her own voice Since 1949, when Lata Mangeshkar was first noticed for her extraordinary singing talent in the Mahal song ‘Aayega aanewala,’ her magical voice had taken a firm hold of the Indian imagination. The tuneful purity, and timeless quality of her voice had a profound impact. For over six decades, as the much loved singer, she has reigned supreme in Indian film music and has been conferred in 2001, the Bharat Ratna, India’s highest civilian honour.

Lata Mangeshkar recorded more songs than anyone else in the world and yet, despite her extraordinary fame, she was deeply private person who has mostly shied away from glitz and glamour.

Lata Mangeshkar…in her own voice, a series of fascinating conversations between Lata Mangeshkar and Nasreen Munni Kabir, takes us into the world of India’s most gifted singer and reveals the person behind the voice that has provided the soundtrack for the lives of billions.

Legendary singer K L Saigal was so much revered by the Mangeshkar family that only his songs were allowed to be sung at their home and a young Lata even dreamt of marrying him.

“Since I was a child, I had always wanted to meet Saigal sahib. When I was very young I would say: When I grow up, I’ll marry Saigal. Jokingly my father would reply: By that time he will be an old man. I would say: Never mind I’ll still marry him,” Lata said in the book “Lata Mangeshkar: In Her Own Voice” written by Nasreen Munni Kabir and published by Niyogi Books.

The book has a series of fascinating conversations between Lata and London-based documentary author-filmmaker Kabir and reveals the person behind the voice that has provided the soundtrack for the lives of billions. But Lata never met Saigal.

“I do regret that I never managed to meet Saigal sahib. Thanks to his brother Mahendra Saigal, I met Saigal sahib’s wife Asha Raniji and his children. His son gave me a ring that belonged to Saigal sahib,” the singer, who has sung over 50,000 songs in her career spanning over six decades, recalls.

According to her, film music wasn’t hugely appreciated at home.  “Baba always liked Saigal sahib and so did I. At home I sang his songs, especially ‘Ek bangla bane nyara’ from the film ‘President’. I was allowed to sing Saigal sahib’s songs at home but no other film songs. Nor did I much care for them,” Lata said.

“The family preferred classical music. And my father was a very conservative man. He was strict about the way we dressed; we could never wear powder or make-up. Baba didn’t like us going out late at night to watch plays, not even his own productions. He was strict in that way. But that was the norm some 70 years ago. Baba didn’t like films. We weren’t allowed to go to the movies – except for films made by Marathi filmmaker Bhalji Pendharkar and Calcutta’s New Theatres. Baba believed their productions had good music and sensible stories,”