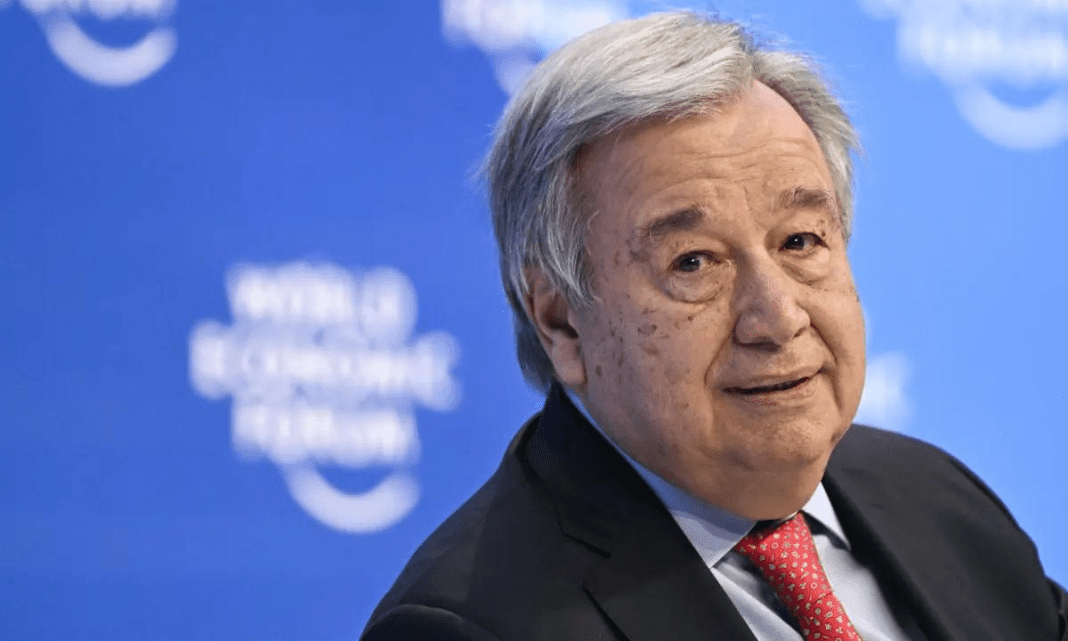 The UN secretary-general said some big oil companies are “peddled the big lie” about the safety of burning fossil fuels for decades, ignoring their science on the dangers of climate change. At the World Economic Forum on Wednesday, UN Secretary-General Antonio Guterres delivered a sobering message to an elite of world and business leaders gathered at the ski resort of Davos, Switzerland.

The world is in a “sorry state” because of myriad interlinked challenges – including climate change and Russia’s war in Ukraine – that is “piling up like cars in a chain reaction crash” amid the “gravest levels of geopolitical division and mistrust in generations”, said Guterres. He singled out climate change as an “existential challenge,” and said a global commitment to limit the Earth’s temperature rise to 1.5 degrees Celsius (2.7 Fahrenheit) “is nearly going up in smoke”.

Every week brings another climate horror story. Greenhouse gases are at record levels and growing. Without action, we are going up to a 2.8C increase and the consequences would be devastating.

“Science has been clear for decades. I’m not just talking about scientists at the United Nations, I’m even talking about fossil fuel scientists,” Guterres said.” We were fully aware last week that certain fossil fuel producers in the 1970s were burning our planet with their core products, and just like the tobacco industry, they were making their own I learned that he was ruthless towards science”, he also said.

Top Minister was sacked by Netanyahu order of the Israeli Supreme...

NASA’s Orion to land on the water after historic moon mission.