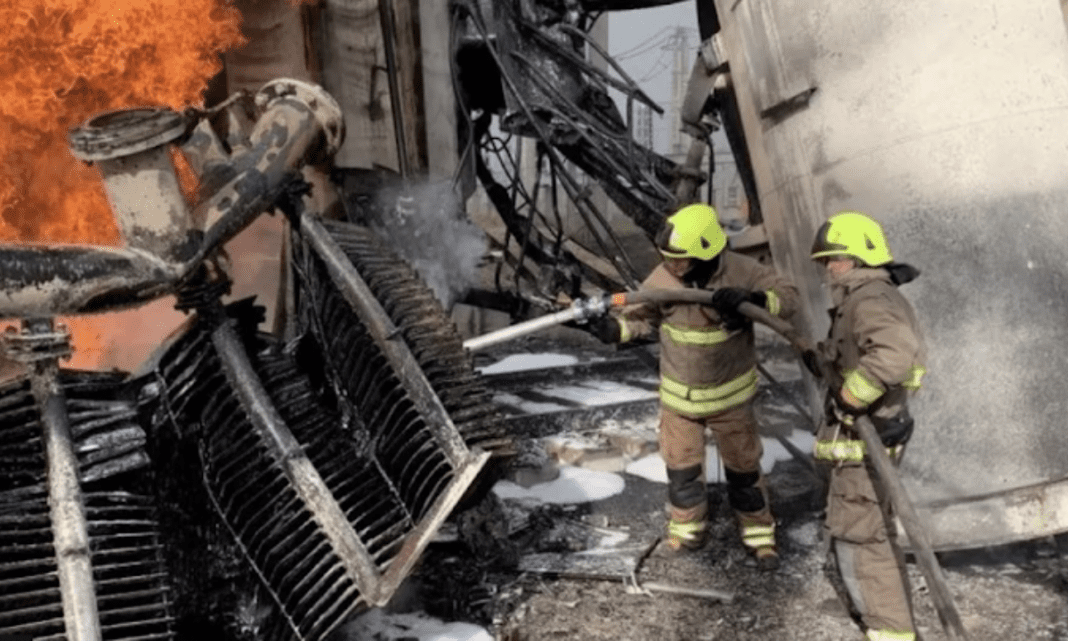 A Russian attack on Ukraine’s energy infrastructure amounts to genocide, Ukrainian officials say. The term genocide refers to an attempt to wipe out a group of people. Russia denies having such a target. Millions of people across Ukraine are facing power outages after the Russian offensive continued in freezing weather. Efforts are being made to reconnect homes that have been disconnected from the grid. Officials say the city of Kherson is now fully supplied after it was recaptured by Ukrainian forces earlier this month. However, according to President Volodymyr Zelensky, people in 14 regions and the capital Kyiv are still under restrictions on use. Genocide, as defined in the UN Genocide Convention, includes “the intent to destroy, in whole or in part, any national, ethnic, racial or religious group”.

Possible acts include killing members of this group, seriously harming them, and forcing their children to move to another location. In an interview with the BBC, Ukraine’s Attorney General Andriy Kostin said 11,000 Ukrainian children had been deported to Russia in parallel with the attack on the energy grid. Kostin said his office has investigated more than 49,000 reports of war crimes and aggression crimes since Russia began its full-scale invasion on February 24. “The same pattern of behavior” is seen in all Ukrainian settlements occupied by Russian forces, he noted. A war crime is a violation of the so-called “rules of war” set out in international treaties such as the Geneva Conventions. The treaty stipulates, among other things, that civilians must be protected. Russia has been repeatedly accused of violating this rule. One person was killed and 13 wounded in the shelling of a home in Dnipro over the weekend, according to the governor of the wider region.

Meanwhile, police said 32 civilians had died in strikes in Kherson since Russian troops left the southern city earlier this month. On Saturday, Ukraine celebrated her 90th anniversary of the Holodomor. The Holodomor was a man-made famine that killed millions of people under Soviet rule. Of the war crimes observed since Russia’s February invasion, 260 people have been indicted and 13 verdicts issued by Ukrainian courts, Kostin said. In another development, the head of Ukrainian state nuclear company Energoatom said there were indications that Moscow soldiers may be preparing to withdraw from the Zaporizhia nuclear power plant. Both sides have accused each other of shelling sites occupied by the Russians in March and fear a dangerous nuclear accident. However, Petro Kotin warned that there is still no evidence of a Russian withdrawal.