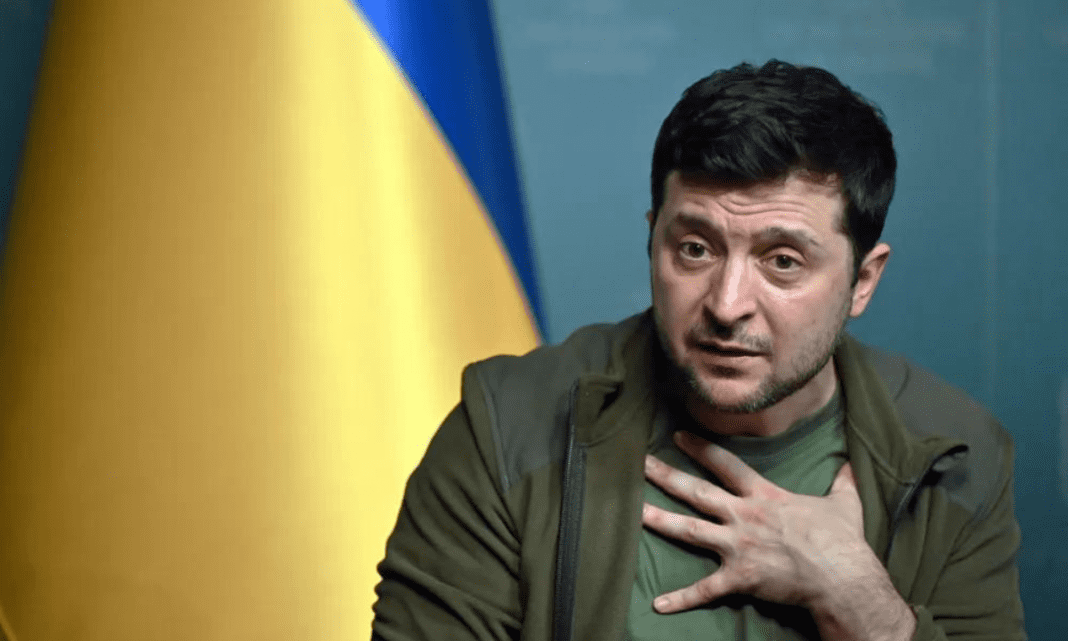 Ukrainian leader Volodymyr Zelenskyy says ‘honest peace’ can take place only with the ‘complete demolition of Russian aggression Russia is seeking a “short truce” – a proposal Ukrainian President Volodymyr Zelenskyy vehemently dismissed as it would allow Moscow’s forces to regain strength after suffering a series of battlefield defeats. Officials in Russia have repeatedly said they were ready to engage in peace talks without any conditions, but it is not clear if they have made a formal ceasefire offer as mentioned by Zelenskyy on Friday.

“Russia is now looking for a short truce, a respite to regain strength. Someone may call this the war’s end, but such a respite will only worsen the situation,” the Ukrainian leader said. “A truly real, long-lasting, and honest peace can only be the result of the complete demolition of Russian aggression.” The United States has said only Zelenskyy can decide when to open peace talks with Russia, rejecting the notion it was pressing Kyiv to negotiate an end to the nearly nine-month war sparked by Moscow’s invasion. The head of the US military, General Mark Milley, said this week that while Ukraine has achieved significant battlefield success, Moscow still controls 20% of the country and Kyiv’s forces could soon push Russia out. said to be low. Ukraine regained control of the strategically important southern city of Kherson last week. It had been occupied by Russian forces since the outbreak of war at the end of February.

Most of the arrests and disappearances have been carried out by the Russian military and the FSB security agency, and half of those arrested “seems not to have been released,” the Conflict Observatory said in a report on Friday. Men of military age, including civil servants, civil society leaders, teachers, law enforcement officers, and journalists, made up the majority of those detained and missing. “These results reveal several disturbing allegations about the treatment of inmates, including allegations that they died in prison. The widespread use of torture and cruel, inhuman or degrading treatment… [and] sexual and gender-based violence,” the report said. After the Russians occupied Kherson in his March, the Russians arrived with a list of names and license plates aimed at those they thought might object to their presence, sources say. Quoted.

Crimean Tatars have also been targeted, many of whom have been accused of belonging to what Russia calls the Tatar “terrorist” group. Some of the detainees have been released since the Russian army withdrew from the city of Kherson, but “many others remain in custody or are missing and their families do not know their fate,” he said. Conflict Observer said.