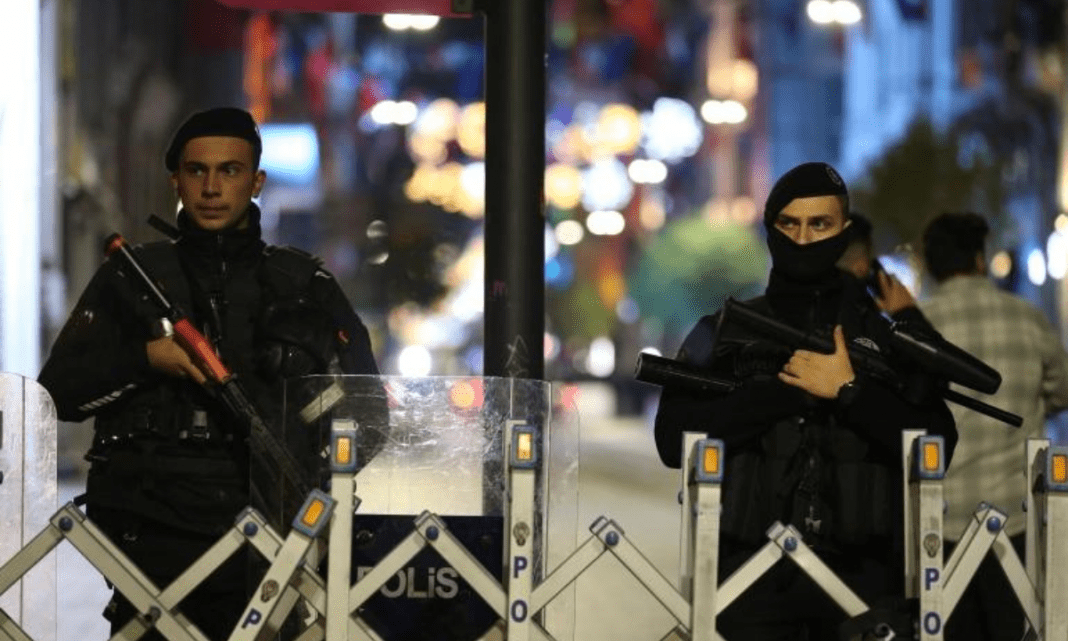 Turkish police have arrested 46 people in an explosion that killed at least six people and injured 81 in central Istanbul, Istanbul police said. Interior Minister Süleyman Soylu told reporters on Monday that the suspects included “a person who left the bomb that caused the explosion” on busy Istiklal Street in Turkey’s largest city.

Soylu condemned the banned Kurdistan Workers’ Party (PKK) for blowing up at popular shopping and tourist attractions on Sunday, saying: “We will retaliate against those responsible for this heinous terrorist attack,” he said, injuring 81 people. but he added that two of them were in critical condition. Turkish officials have not ruled out links with ISIL (ISIS), a senior Turkish official said on Monday. The PKK denied any involvement in the attack and stated its condolences. Turkish President Recep Tayyip Erdoğan said on Sunday that the blast was “insidious” and “smells like terrorism”. Justice Minister Bekir Bozdag told A Haber Television late Sunday that a woman was seen sitting on one of the benches on Istiklal Street for more than 40 minutes.

He said there was an explosion a few minutes after she woke up. “There are two possibilities,” he said to A Haber. “Either there is a device in the bag to detonate it, or someone remotely detonates it.” Police said the woman, when first questioned, said she was trained by Kurdish militants in Syria and entered Turkey via the Afrin region in northwestern Syria. Television news also showed an image of what is believed to be a woman placing her luggage under a flower bed in Istiklal, where a tram runs along the road. “These perpetrators said he was associated with the YPG, a Syrian Kurdish fighting group that Turkey considers a banned PKK offshoot,” he said Koseoglu. said. “We are waiting for the authorities to release details about the suspects … [including] how they crossed the Turkish-Syrian border.” Appearing to be in her early 30s, she added that she was “arrested by the police at the place where she was staying” at 2:50 am.

According to Istanbul Police, 1,200 surveillance cameras near the blast site were checked. Police conducted a raid on her 21 different addresses to which the female suspect identified links. Istanbul and other Turkish cities have a history of attacks by Kurdish separatists, ISIL (ISIS), and other groups, including a series of attacks in 2015 and 2016. 38 people were killed and 155 injured. The attack is claimed by a PKK offshoot, which has run a Kurdish self-governing movement in southeastern Turkey since the 1980s and is classified as a terrorist organization by Turkey, the European Union, and the United States.

The PKK, which has been regularly targeted by Turkish military operations, has also been at the center of a brawl between Sweden and Turkey, which has blocked Stockholm’s entry into NATO since May, and Kurdish forces. accused of being generous to groups of people. Condemnation of Sunday’s attack and condolences to the victims poured in from several countries, including Azerbaijan, Egypt, France, Greece, Italy, Pakistan, Ukraine, the United Kingdom, and the United States. Greece “unequivocally” condemned the blast and offered condolences, but said the United States “stands shoulder to shoulder with NATO allies in the fight against terrorism”.