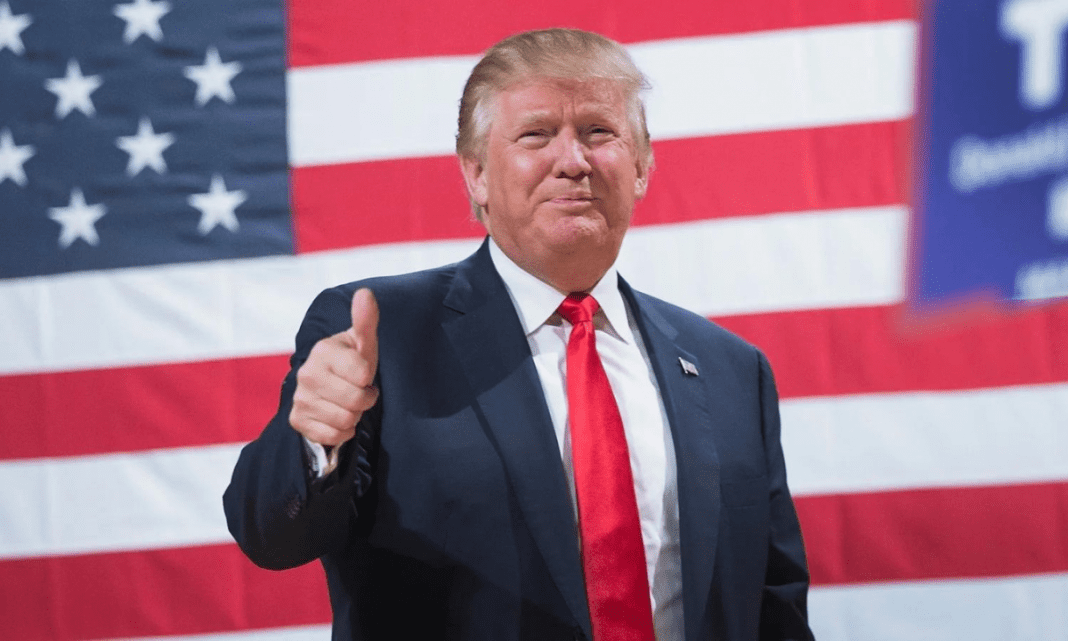 Former President Donald Trump’s announcement Tuesday that he will run for president in 2024, just a week after the US midterm election debacle, reeks of despair and hypocrisy. But it would have a decisive effect on his party and his country. The long “Low Energy” announcement was full of lies, half-truths, and distortions about his and President Joe Biden’s track record, especially climate change, energy reserves, and America’s place in the world. While it is true that Trump has not started a major new war, the American president’s achievements, international security, peace, and stability are suffering under his sudden hypernationalism.

In typical Trumpian fashion, it was all vanity and poison. The former president welcomed the Republican Party. . Historically and politically, it could have been an easy win for the Republicans, and it turned out to be a disappointment for them, especially given high inflation and low Biden approval ratings. Once again, de facto party leader Trump has proven to be more of a liability than an asset. In 2016, Candidate Trump promised that if he became president, the public would be sickeningly happy to win. Instead, President Trump led his party and country from failure to failure until they got tired of losing.

In 2018, Republicans lost the House. 2020 also lost the Senate and the White House. And last week, many of Trump’s hand-picked candidates lost the midterm elections, bringing much humiliation to their party. The party may fail to retake the Senate, and may even end up with fewer than the outgoing Senate. Evidence of America’s rejection of baseless allegations that wrongdoing was committed. Tornado Trump shattered the country’s international reputation and shook the foundations of democracy. And as his supporters descended on Washington to block congressional authentication of the 2020 presidential election, he cheered as if that wasn’t enough. Now that the midterm elections are over, it’s clear that loser Trump is also on a losing streak. And still, there appears to be no end to the nightmare.

The defeated, paranoid and twice-indicted former president, who faces a slew of legal troubles, is facing growing opposition within the Republican Party as many leaders speak out against him. Maryland Republican Governor Larry Hogan has stressed the need for Trump’s resignation, citing the party’s past three election losses, citing a popular vote. Using a certain baseball metaphor, he said, “If you hit three times, you lose.” American elections, like baseball, are long competitive, costly, zero-sum games that produce net winners and losers who are expected to accept the outcome.

Unfortunately, it’s no longer available. Not since Trump appeared on the field. Lacking sportsmanship in life and politics, Trump has rejected the most basic tenets of democracy and foundations such as a free media and an independent judiciary. Since entering politics in 2015, Trump first adapted the rules of the game to his advantage, and soon changed the game completely. Instead of baseball, Trump switched to the tougher, confrontational, and violent tactics of American football, building offensive offense, fierce defense, and brutal layoffs. Trump has used less democratic, more militant, and more confrontational means in his campaign and government. If he won his 2020 election, or if his minions won the recent midterm elections, democracy in the United States might not have been restored for some time. Thankfully, the country has pulled back from the brink not once but twice, denying the populist Trump an opportunity to destroy liberal democracy. Feelings are easy to understand.

But Trump’s determination to run for president again could well put the Republican Party in jeopardy. Trump, who enjoys the strong and unwavering loyalty of about 40% of Republican voters, certainly presents the GOP with an ultimatum of the “after me, the tide” type. It’s too early to say for sure, but Trump could win against several less committed and lesser-known candidates. And if an aging President Biden insists on running again at 82, perhaps Trump has the potential to whack him in 2024. It will be a victory for the anti-democratic rebel far-right faction that stormed parliament on January 6, 2021. It’s a victory against racism and hate. For too long Trump has failed successfully. The time came when he failed miserably once.

Republicans say the 2024 Trump presidency will be a ‘grave mistake as the blame battle deepens.