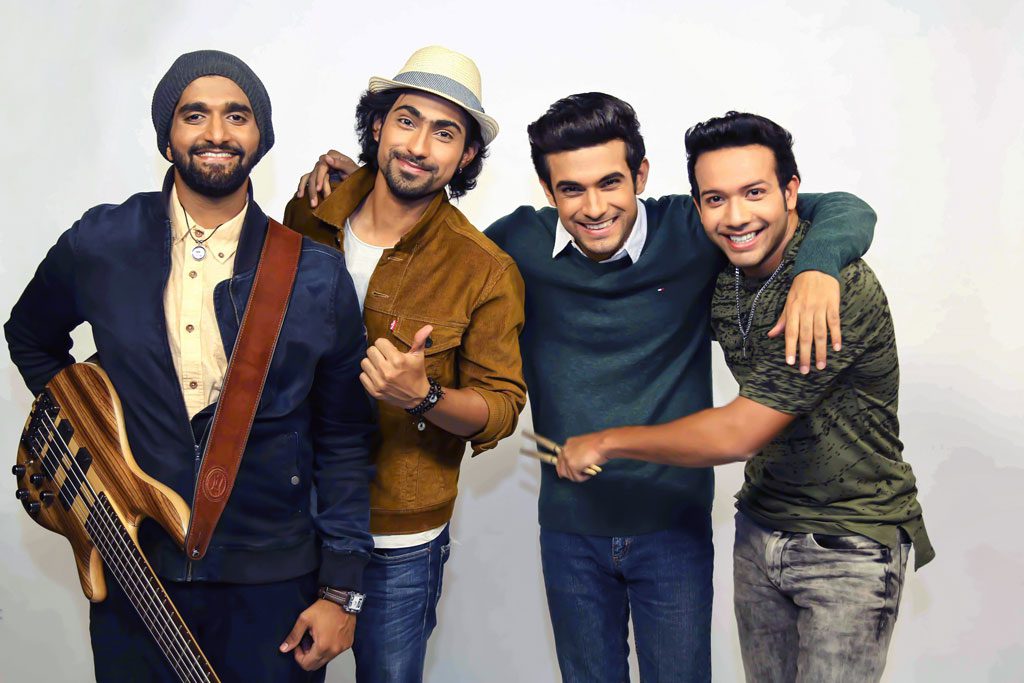 Dubbed the Indian equivalent of One Direction, boy band heartthrobs, SANAM, will head to Emperors Palace on 28 August to perform in the Centre Court in a must-see concert. Having taken the internet by storm, this popular pop-rock group can’t wait to perform in in the country. “We are really looking forward to our first visit to South Africa and we’ve planned a power-packed show,” says band member, Samar Puri.

The band, who rose to fame after composing renditions of Bollywood hit songs and uploading them to YouTube, consists of frontman Sanam Puri, Samar Puri on lead guitar and vocals, Venky S on bass guitar and Keshay Dhanrai on drums. SANAM’s YouTube channel, featuring both original and cover songs, boasts over 650 000 subscribers with millions of views. With fans affectionately referred to as SANAMians, the Duaa music video, featuring Sanah Moidutty, have enjoyed a staggering 12 million views!

“YouTube was a blessing. We wanted to store some videos online that we could share with our friends in the industry. We didn’t have enough money to hire a team to shoot or edit the videos, so we did it ourselves. We had a dream of making music videos for the whole world to see, and had no idea where this would lead”, concludes Puri.

Humble about their fame, the boy band describes their sound as mix of contemporary pop rock with their distinct blend of Omani and Indian musicians. SANAM’s sound is refreshingly different and this sets them apart from the rest in Indian Indie music scene. With a string of hits, the band’s original single Main Hoon was also featured in the Indian release of Hollywood blockbuster, The Amazing Spiderman 2.

Originally known as The SQS Project and SQS Supastars, the talented youngsters changed their name to SANAM in 2014. Samar, Venky and Sanam attended the same school where they started the band. After school Sanam and Samar moved to Mumbai to pursue their musical dreams and was later introduced to Keshav, where they formed The SQS Project. In May 2010, Times Music launched a nationwide search for a pop band in India. Out of the thousands of entries, The SQS Project won the hearts of the nation. The trio reunited with Venky for the finals and the SQS Supastars were born, and went on to win the coveted title. The band released their first album, Supastars and later released music videos of their songs Hawa Hawa and Bekha.

SANAM is set to take both young and old on an unforgettable musical journey. Tickets are available from R200 per person and can be booked through the Emperors Palace Box Office on 011 928 1297/1213 or by visiting www.emperorspalace.com or www.computicket.com.

Japan Goal has fans creating their own VAR declarations on social...

WHO tells China again it will share data during COVID-Surge talks.