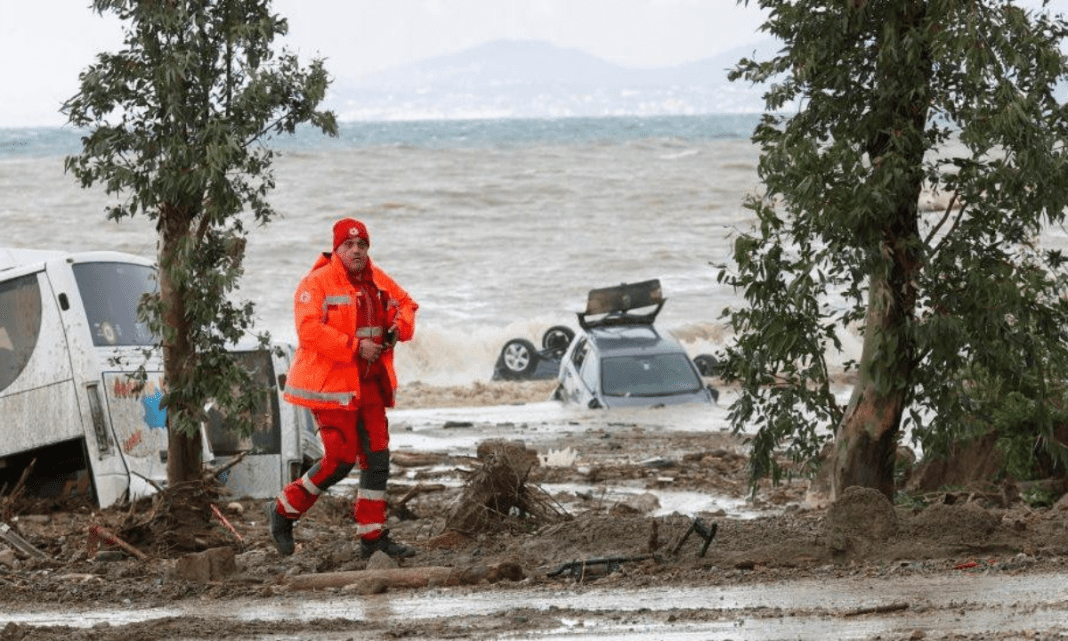 About a dozen people are missing after a severe storm caused a landslide on the Italian island of Ischia. The island in the Gulf of Naples was hit by torrential rain overnight, with landslides hitting the hamlet of Casamicciola Terme early Saturday morning, flooding homes and washing away several cars. Deputy Prime Minister Matteo Salvini previously said eight people had died. However, the governor of Naples, Claudio Palomba, explains: “At this time, there have been no reports of confirmed deaths from relevant authorities and no bodies have been recovered.” He said the situation was changing but was “very serious” and complicated, with 12 people missing and people trapped in the mud.

Italian news reports say that among the missing are a family with two children and a couple with a newborn. A 60-year-old man was taken to hospital with serious injuries. Electricity was cut off in the affected areas, and several buildings reportedly collapsed in the sea otter’s Ameno settlement, leaving about 30 families trapped in their homes. Police chief Titian Lagana told La Repubblica newspaper: “It’s a complicated situation. A landslide destroyed a house.” Gino Barillano, a parish priest of the Church of Santa He Maria Maddalena in Casamicciola Terme, told Ansa news agency He said, “I have been calling people who may be missing, but unfortunately I have not heard back yet. I have.”

The mayor of Ischia, Enzo Ferrandino, has urged residents to stay home. Known for its natural hot springs, Ischia Island has a population of about 20,000 and is popular with Italian and foreign tourists. The ferry to and from the island has been discontinued. “It’s a tragedy. The number of missing people in Casamicciola is still unknown,” said Ferrandino. “The bad weather in Ischia has caused flooding and other conditions in other areas, but fortunately it’s not particularly serious.” In 2017 Casamicciola was hit by an earthquake, injuring 42 people. In 2009, a 14-year-old girl died in a landslide in her village. Much of Italy was hit by torrential rains last week. Severe flooding in central Marche killed 13 people in September.

Bollywood actresses set the temperature soaring with their Bold looks.