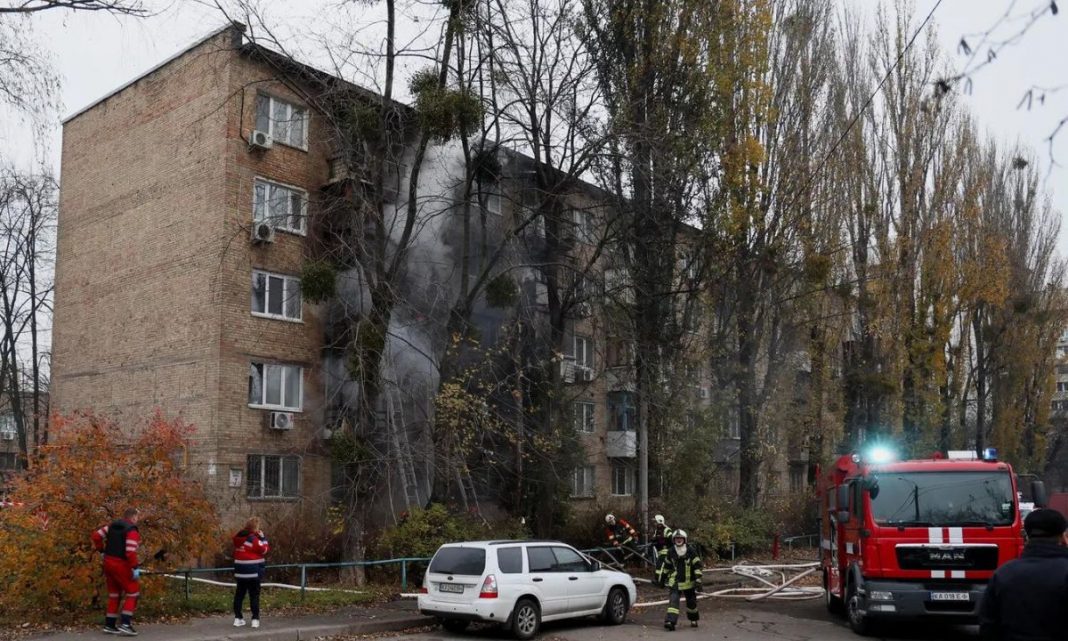 Russia fired missiles at targets across Ukraine on Tuesday, hitting at least four cities including the capital Kyiv, unleashing the most widespread airstrikes since Moscow withdrew from a major southern city, boosting its forces. lost.  Rockets hit at least two houses in central Kyiv and killed at least one, mayor Vitali Klitschko wrote in his Telegram. Rockets also hit Kharkiv, Ukraine’s second-largest city in northeastern Ukraine. Explosions were also reported in Lviv in western Ukraine and the city of Khmelnytsky in the center of the country, regional and city officials said via the social messaging app Telegram. Air raid sirens were also sounded in the southern city of Mykolaiv, officials said.

Ukrainian and Western officials have warned that as battlefield casualties rise, Russia will intensify its campaign to break Ukraine’s resolve and growing trust. -President Zelensky visited the city unannounced and told residents that the city’s recapture would mark “the beginning of the end of the war.” The strike occurred as world leaders gathered in Bali for a meeting of his G20 group. Andriy Yermak, an adviser to Zelensky, said the timing was no coincidence.

“Anyone seriously believes that the Kremlin wants peace?” he wrote on Twitter. The attack came days after the Kremlin ordered troops to withdraw from the city of Kherson in the face of a Ukrainian counterattack. Kherson was the only provincial capital occupied by Moscow since Russia’s invasion in February, so the withdrawal was a major blow, and Friday’s victorious invasion of the city by Ukrainian forces was the Kremlin’s strategy. caused criticism of Russian war commentators against

Explosions from Tuesday’s strike have sent smoke billowing over the capital. Paramedics rushed to Kyiv’s Pechersk district, a wealthy neighborhood with many embassies. At least four rockets were also fired over the capital, city officials said. Local authorities in various parts of the country reported power outages as a result of the attacks. Kharkiv mayor Igor Terekhov said city workers tried to restore power after the attack, and Khmelnytsky’s military junta Serhiy Gamally said power was also lost there. It first warned that Moscow was stockpiling missiles and resuming strikes on Ukraine’s already battered energy infrastructure. On October 10, Russian forces launched a devastating series of attacks involving the use of drones, targeting more than a dozen cities, including Kyiv. The attacks hit civilian targets and infrastructure.

Since October 10, Russia has fired missiles at Ukraine’s energy infrastructure, causing damage. Businesses and homes are especially at risk as winter approaches. These weeks-long attacks were in retaliation for an explosion on a bridge connecting Crimea with Russia, and Moscow has blamed Ukraine. appeared to launch missile strikes against Ukraine. In July, it hit the port city of Odesa a day after Moscow signed an agreement allowing grain exports to Ukraine across the Black Sea.

South Africa is in a state of drift: the danger is...