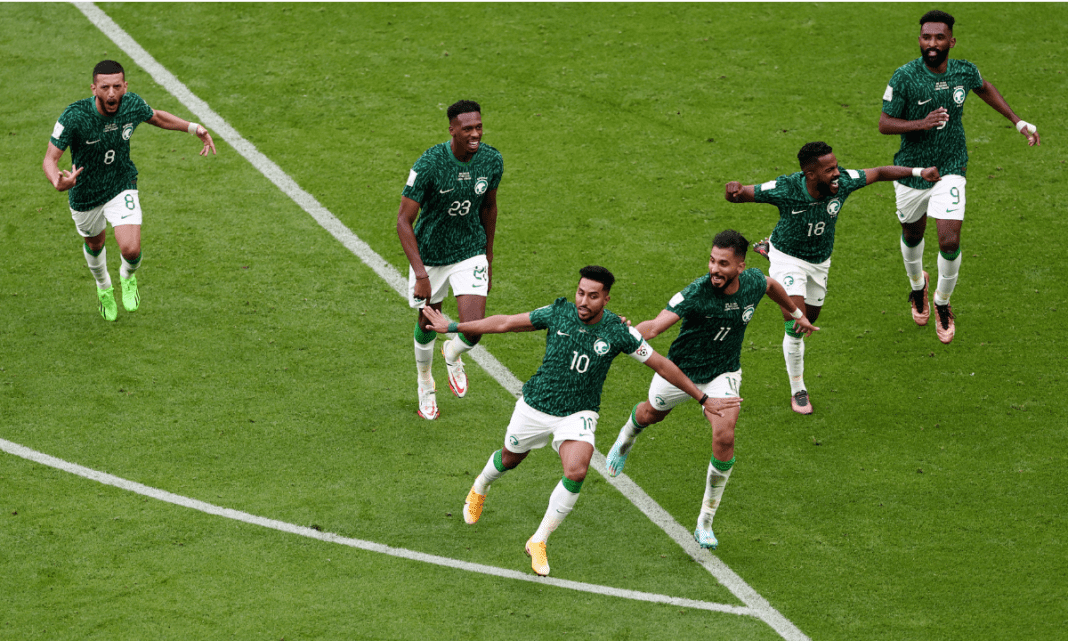 Saudi Arabia defeated a strong team like Argentina. Saudi Arabia committed its first accident at the World Cup in Qatar. Saudi Arabia beat Argentina 2-1 at Qatar’s famous Lusail Stadium on Tuesday. Argentina is far superior to Saudi Arabia in strength, tradition, and success. The first half was like that. But five minutes into the second half, Saudi Arabia shocked the world. Goals from Saleh Allehri and Salem Al Dawsari gave Saudi Arabia a 2–1 lead in just five minutes. Messi could not avoid defeat as he could not score any more goals. Saudi Arabian defender Al He Boureich put Leandro Paredes in jeopardy in the 9th minute of Tuesday’s match at his stadium against the legendary Lucille. After looking at VAR, the referee gave a penalty.

Messi made no mistake in scoring a goal from the penalty spot. The captain ran the keeper backward to score the goal. Argentina then scored three more goals within 25 minutes, but all three were disallowed for offside. After 22 minutes, Messi, one of the best footballers in the world, pulled the ball from the center of the field before scoring a quick shot. However, the goal was disallowed because the assistant referee raised the flag for offside In the 28th minute, Lautaro Martinez beat the Saudi goalkeeper and put the ball into the net. That goal was ultimately disallowed for offside.

China welcomes refugees with money to boomtown of Yiwu