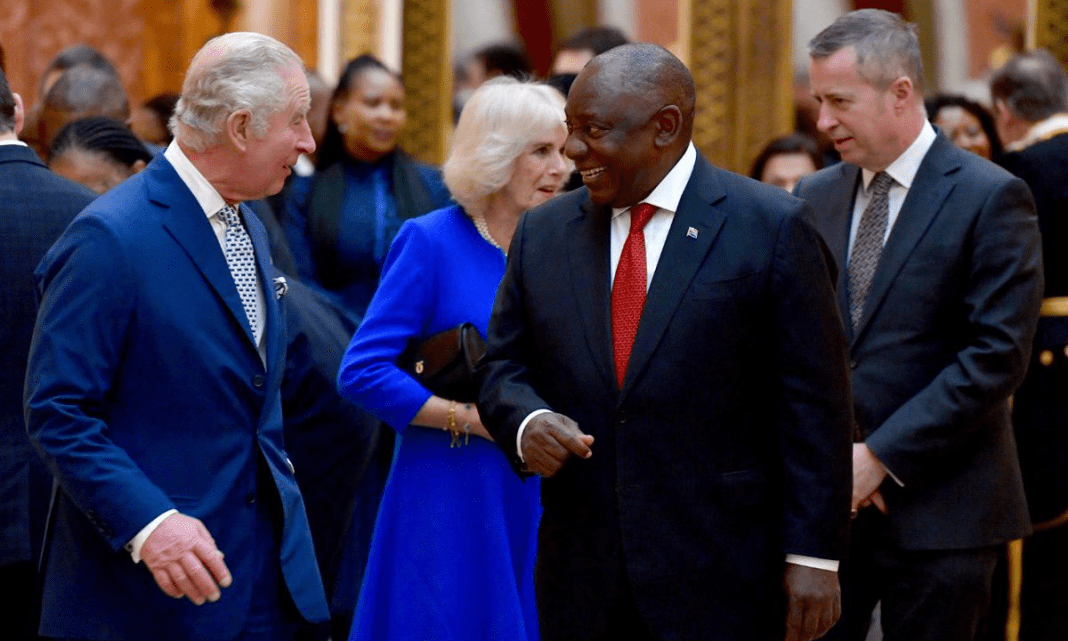 President Cyril Ramaphosa says,  the need and suffering will only increase unless world leaders act with urgency and determination to close the gap between rich and poor. The president made the remarks while addressing the British Parliament on Tuesday during his official visit to South Africa. President Ramaphosa receives an invitation from King Charles III. for a two-day royal visit to the country. Without that urgency, the president said, “instability, conflict, and terrorism would increase.” He said: “If we want to end poverty passed down from generation to generation, we must address gaps in access to education, healthcare, clean water, sustainable energy, and economic opportunity. “Nowhere is the need to tackle inequalities more important than in responding to climate change. The countries least responsible for global warming are the most vulnerable to its impacts. We don’t have the resources to adapt to the rise, and as they look to expand, industrialize and diversify their economies, energy demand will increase and the scope for reducing emissions will shrink.”

This leaves developed countries with a responsibility to provide significant resources to low- and middle-income countries to finance climate protection measures. “It’s not charity,” he said. “This is compensation for the damage done and still being done to people in developing countries due to the industrialization of rich countries. It is also a necessary investment in the future of humanity, as it will benefit the world.” The President said South Africa appreciates the UK’s commitment to implementing a just energy transition in the country. This demonstrates the UK government’s explicit recognition of the importance of supporting the transition to a low-carbon economy in a way that does not penalize affected workers, communities, or industries, he said. said. “We have asked the UK and other partners to ensure that most of the funding comes in the form of grants and heavily discounted loans. “I am pleased that the outcome of COP27 promised concerted action to combat climate change. represented the vision. Given both countries’ histories, shared values, and the enduring nature of their relationship, he firmly believes that South Africa and the UK must work together to achieve such a global community. “Thirty years ago, Britain joined millions of people in South Africa and around the world in liberating Mandela and ending apartheid.

He said the state visit was an opportunity to revitalize trade, trade, and investment ties between the two countries. The UK is South Africa’s largest foreign investor and the fifth-largest export destination in the country. Over the past two decades, the UK has been South Africa’s largest source of tourism outside of Africa. “British businesses need to take advantage of this advantage more effectively and take advantage of the investment and trade opportunities in our country. Cooperation in science and innovation between our two countries is important and we look forward to the potential for further expansion.” I keep it hidden.” He said the South African government believes there is ample room to develop these areas of cooperation. “We are implementing sweeping economic reforms to make our economy more competitive and efficient, reduce business costs, and encourage new entrants in multiple industries.

“There are great opportunities for investment, innovation, and partnerships as we set about rebuilding the most important energy market in nearly a century to address severe power shortages,” he said. President Ramaphosa said he believed that by pursuing these and other avenues of cooperation, they would “re-define the relationship between South Africa and the UK in new and exciting ways”. “I am confident that by maximally exploring our common interests and capabilities, we can add another chapter to our long and rich history,” he said. He said members of the British Parliament are important and committed participants in the development of relations between the two countries.