SEHWAN SHARIF, Pakistan (Reuters) – Pakistani security forces killed dozens of suspected militants on Friday, a day after Islamic State claimed a suicide bombing that killed more than 80 worshippers at a Sufi shrine, the biggest in a spate of attacks this week across the country.

The bombing at the famed Lal Shahbaz Qalandar shrine in southern Sindh province was Pakistan’s deadliest attack for two years, killing at least 83 people and highlighting the threat of militant groups such as the Pakistani Taliban and Islamic State.

The security response was swift. 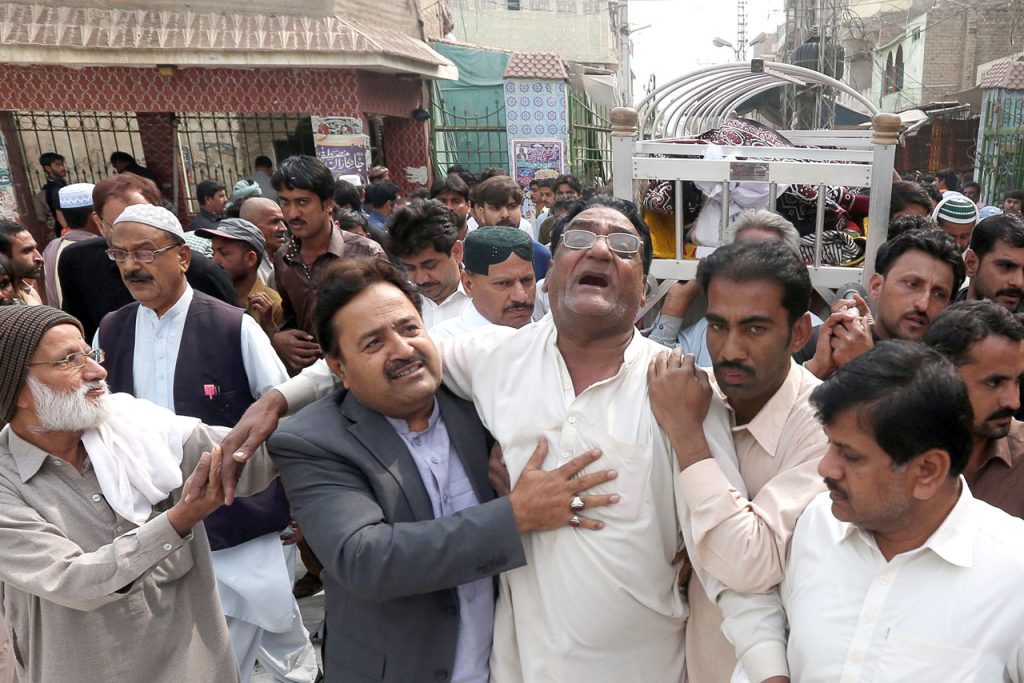 “Over 100 terrorists have been killed since last night and sizeable apprehensions also made,” the military said in an operations update on Friday evening.

“Terrorists will be targeted ruthlessly, indiscriminately, anywhere and everywhere. No let up,” an armed forces spokesman added in a tweet.

With authorities facing angry criticism for failing to tighten security before the shrine bomber struck, analysts warned that the wave of violence pointed to a major escalation in Islamist militants’ attempts to destabilise the region.

“This is a virtual declaration of war against the state of Pakistan,” said Imtiaz Gul, head of the independent Centre for Research and Security Studies in Islamabad.

With pressure growing for action, Pakistan demanded that neighbouring Afghanistan hand over 76 “terrorists” it said were sheltering over the border.

The bombings over five days have hit all four of Pakistan’s provinces and two major cities, shaking a nascent sense that the worst of the country’s militant violence may be in the past.

A series of military operations against insurgent groups operating in Pakistan had encouraged hopes that their leaders were scattered.

“But this has led to a degree of complacency within our civil-military leadership that perhaps they have completely destroyed these elements, or broken their back,” Gul said.

If so, that impression has been shattered in recent days. 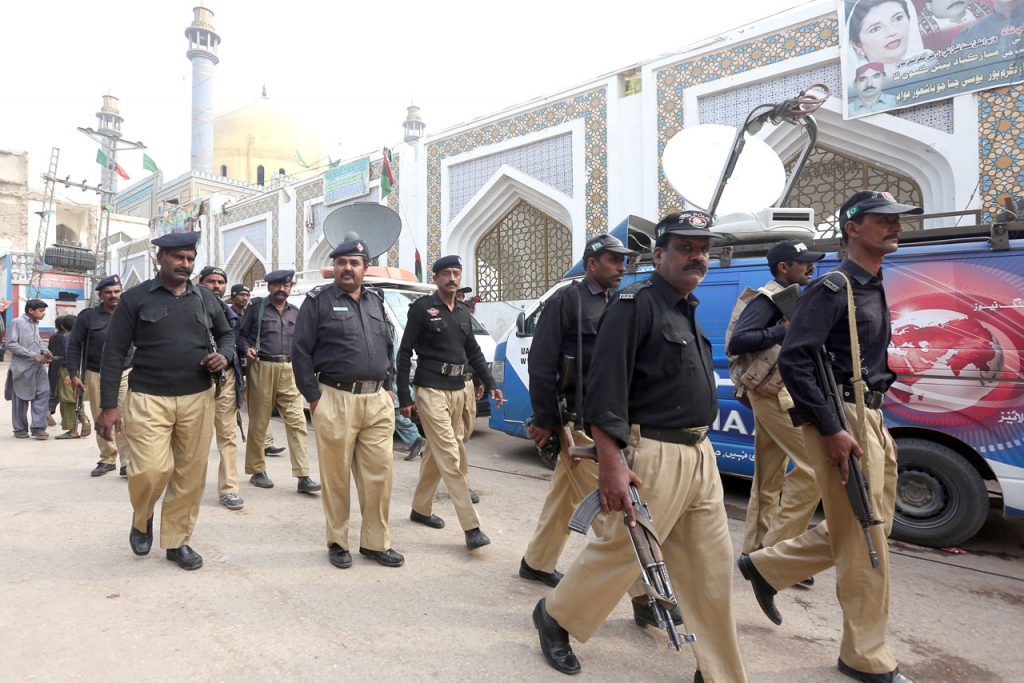 At Lal Shahbaz Qalandar, the white marble floor was still stained with blood on Friday, and a pile of shoes and slippers was heaped in the courtyard, many of them belonging to the dead.

Outside, protesters shouted slogans at police, who they said had failed to protect the shrine.

“I wish I could have been here and died in the blast last night,” a devastated Ali Hussain told Reuters, sitting on the floor of the shrine.

He said that local Sufis had asked for more security after a separate bombing this week killed 13 people in the eastern city of Lahore, but said: “No one bothered to secure this place.”

Anwer Ali, 25, rushed to the shrine after he heard the explosion, and described seeing dead bodies and chaos as people fled the scene.

“There were threats to the shrine. The Taliban had warned that they will attack here, but authorities didn’t take it seriously,” Ali said.

The attacks have once again raised questions over the influence of Islamic State in Pakistan, a nuclear-armed nation of 190 million people that has tense relations with its neighbours India and Afghanistan.

In the past two years, Islamic State has worked to build its “Khorasan province” encompassing Afghanistan and Pakistan, often helped by local radicals.

Most of the other recent attacks have been claimed by factions of the Pakistani Taliban, which is waging its own fight against the government but whose ranks have also cooperated with and sometimes defected to Islamic State.

That has led some observers to question whether the growing prominence of Islamic State actually represents a new threat – since its fighters were already operating under different names to attack government, army and minority faith targets, among others.

However, the increasing number of attacks claimed by Islamic State has raised pressure on authorities to show they are capable of containing the renewed violence.

Islamic State also said it was behind another shrine attack, in southwestern Baluchistan province, that killed at least 52 people last November. In October, it said it carried out an assault on a police training college, killing 59.

The shrine attack has heightened tensions with Afghanistan, after Pakistani officials said some militant leaders took shelter over the border. The accusation echoes similar criticism from Kabul aimed at Islamabad.

In a telephone call with Afghanistan’s national security adviser, Aziz expressed concern that JuA was operating from Afghanistan and that Kabul had failed to act against them, according to a statement from his office.

On Friday, border crossings were closed and Afghan diplomats were summoned to military headquarters in Islamabad and given a list of 76 “most-wanted terrorists” that Pakistan demanded be captured and handed over, the army said.