North Korea is testing a suspected ICBM that could reach the US mainland. 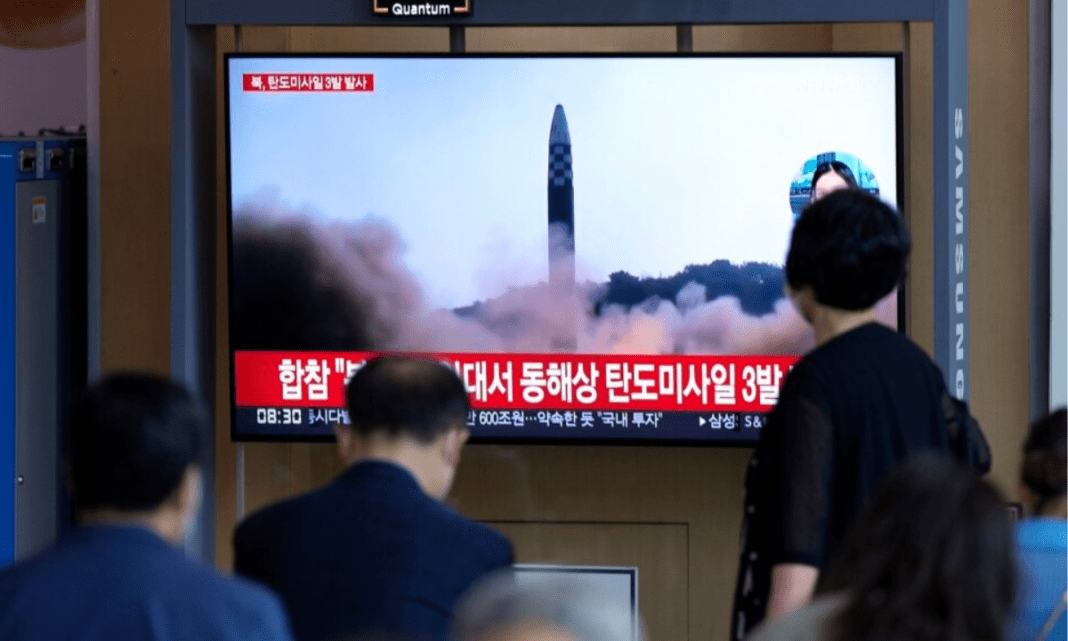 North Korea has launched what neighbors say is an intercontinental ballistic missile (ICBM). This came a day after it launched a small missile and warned of a “severer military response” to the United States, which is strengthening its security presence in the region. Japanese Defense Minister Yasukazu Hamada said the weapon, which reached an altitude of 6,000 km (3,730 miles), could fly up to 15,000 km (9,320 miles), giving it a range to reach the mainland United States. Japanese officials said the test rocket had traveled 1,000 km (622 mi) in orbit and landed about 200 km (124 mi) west of Oshima Island in northern Hokkaido. Japan’s Prime Minister Fumio Kishida told reporters in Thailand, where he is attending the Asia-Pacific Economic Cooperation Summit, that “of course, we strongly protested against North Korea, which has repeated provocations at an unprecedented frequency.”. His remarks were broadcast live on Japanese TV.

“We have told (Pyongyang) that we absolutely cannot tolerate such actions.” South Korea’s defense ministry also described the missile as a probable ICBM, which is designed to carry a nuclear warhead, and said it was launched at about 10.15 am The South’s President Yoon Suk-yeol ordered officials to push for solid sanctions during an emergency national security council meeting on Friday, as the White House said Vice President Kamala Harris, who is in Bangkok at a regional summit, would convene a meeting of world leaders to discuss the launch. In a statement, NSC spokesperson Adrienne Watson said the US “strongly condemned” the test, which she said was a “brazen violation” of United Nations Security Council resolutions. North Korea has this year carried out an unprecedented number of ballistic missile tests, which are banned under the resolutions imposed over Pyongyang’s missile and nuclear weapons programs, and there are concerns it may soon carry out its first nuclear test since 2017.

Leif-Eric Easley, a professor at Ewha University in Seoul, told Al Jazeera that more countries needed to hold the North accountable for its actions, noting the country was “developing illegal nuclear weapons and missiles, plotting long-term struggle against its neighbor, and egregiously abusing human rights.” After a meeting, last week on the sidelines of the East Asia Summit in Cambodia, leaders of Japan, South Korea, and the US warned Pyongyang against conducting such a test, with US President Joe Biden reiterating that Washington’s commitment to defend Seoul and Tokyo was “backed by the full range of capabilities, including nuclear”.

The leaders, including Japanese Prime Minister Fumio Kishida and South Korean President Yoon Suk-yeol also “strongly condemned” North Korea’s “unprecedented number of ballistic missile launches” and pledged to “forge still-closer trilateral links, in the security realm and beyond”. North Korea launched a short-range ballistic missile on Thursday, prompting Foreign Minister Choi Son-hee to vow a “tougher military response” to US efforts to boost its military presence in the region. and said Washington was “playing a game of regrets.” .” . “. In a statement in state media, Choi condemned her tripartite summit of Japan, South Korea, and the United States on Sunday.