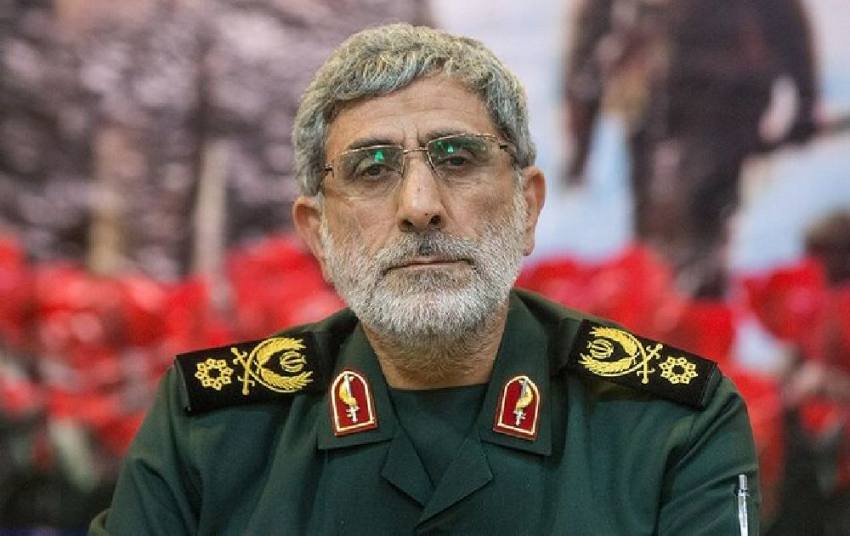 A top Iranian commander has expressed support for the Palestinian Hamas movement in fighting that erupted this week in Gaza against Israel.

The commander of the Quds Force of the Islamic Revolutionary Guards Corps (IGRC), General Esmail Qaani, assured Hamas of his full support on May 15, Iranian state media reported.

Qaani made the comments in a telephone conversation with Hamas leader Ismail Haniyeh, who thanked Iran for its support. According to Iran’s Al-Alam television channel, he also said the fight against Israel was not just Hamas’s but that of the entire Islamic world.

The Islamist Hamas, which has been designated a terrorist organization by the European Union, the United States, and other countries, has fired thousands of rockets at Israel in a new flare-up of violence that on May 16 entered its seventh day.

The Israeli military has pummeled Gaza with air strikes and on May 15 destroyed a building housing news media.

The number of people killed in Gaza since May 10 has climbed to 145, including 41 children, according to the Palestinians. Israel has reported 10 dead, including two children.

Earlier on May 15, the Iranian foreign minister canceled a visit to Austria after the government hoisted the Israeli flag on its buildings.

The main topic of the meeting would have been negotiations that have been taking place in Vienna to revive the 2015 nuclear agreement between Iran and world powers.

Iran, which considers Israel its archenemy, supports anti-Israel resistance groups, including Hamas in Gaza and Hizballah in southern Lebanon.

Iran’s Supreme Leader Ayatollah Ali Khamenei on May 11 urged all nations to condemn Israel’s “brutal and cruel crime” and said Palestinians need to be empowered in order to “force” Israel to accept their rights.

Based on reporting by dpa and AP