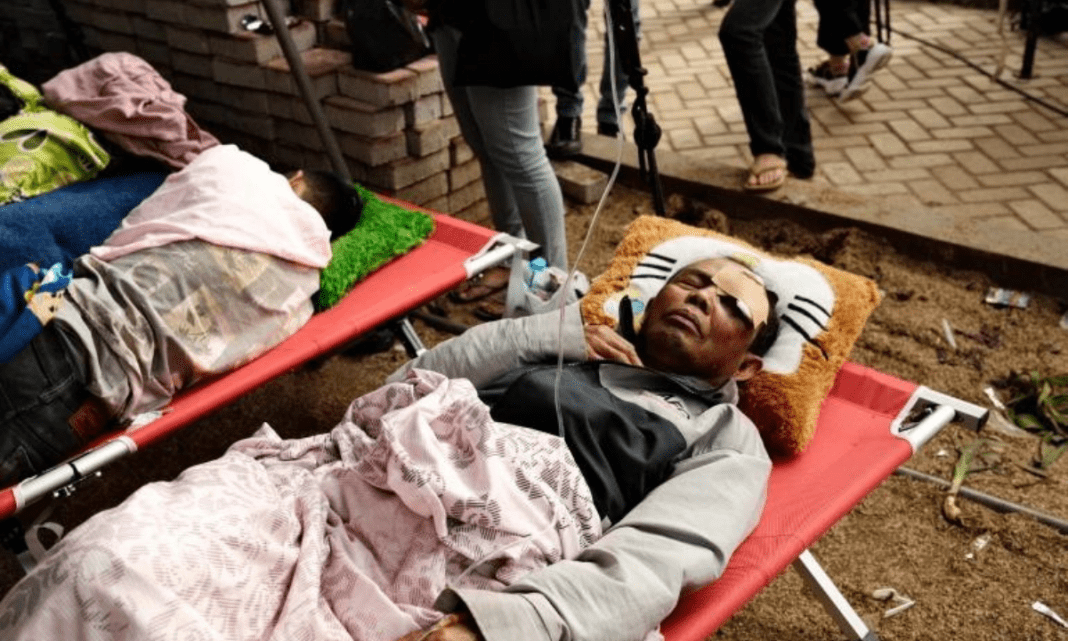 A day after an earthquake devastated a town in West Java, collapsing buildings and injuring hundreds of people, Indonesian rescue workers are still trying to reach out to those trapped in the rubble. Police spokesman Dedi Prasetyo told Antara news agency on Tuesday that hundreds of police officers are participating in rescue efforts in the town of Cianjur, which is closest to the epicenter of a shallow quake of magnitude 5.6. said. The city of 175,000 is located in the mountainous region of West Java, Indonesia’s most densely populated province. “The main task of our staff today is to focus on casualty evacuation,” said Prosecco.

The shallow quake killed at least 268 people, many of them children, and 151 people are still missing, disaster relief officials said. Disaster manager Suharyanto told reporters that more than 1,000 people were injured, 58,000 people were displaced and 22,000 houses were damaged. Henri Alfiandi, head of the Vasarnas National Search and Rescue Agency, said Tuesday’s landslides and rough terrain hampered rescue efforts. “The challenge is that the affected areas are vast… In addition, the roads in these villages are damaged,” Alfiandi told reporters. West Java Governor Ridwan Kamil said authorities “acted on the assumption that the number of injured and dead will increase over time.”

Among the dead were students at an Islamic boarding school, while others died at home after roofs and walls collapsed. “My room collapsed and my feet were buried under the rubble. Everything happened in a flash,” said 14-year-old student Aprizal Mulyadi. He said he was taken safely by his friend Zulfiqar. “I was devastated to see him like that, but I couldn’t help him because I had injured his leg and back,” he said. Civil protection officials said they are focusing their efforts on areas hit by landslides caused by the earthquake Television news channels showed footage of people digging brown soil by hand using tools such as pickaxes, sticks, and crowbars. “At least six of my relatives, three adults and three children, are still missing,” said Zainuddin, a resident. “If it was just an earthquake, it would only destroy houses, but a landslide would be worse. There were eight houses in this residential area, and all of them were buried and swept away.”

Overnight, the parking lot of a hospital in Cianjur was filled with victims. Some were being treated in makeshift tents, others had IVs hooked up to the pavement, while medical staff stitched patients up with flashlights. “Everything collapsed under me and I was crushed under this kid,” Cucu, a 48-year-old resident who has been to the hospital, told Reuters. “Two of my children survived. I dug them up…two others I brought here and one is still missing,” she said through tears.