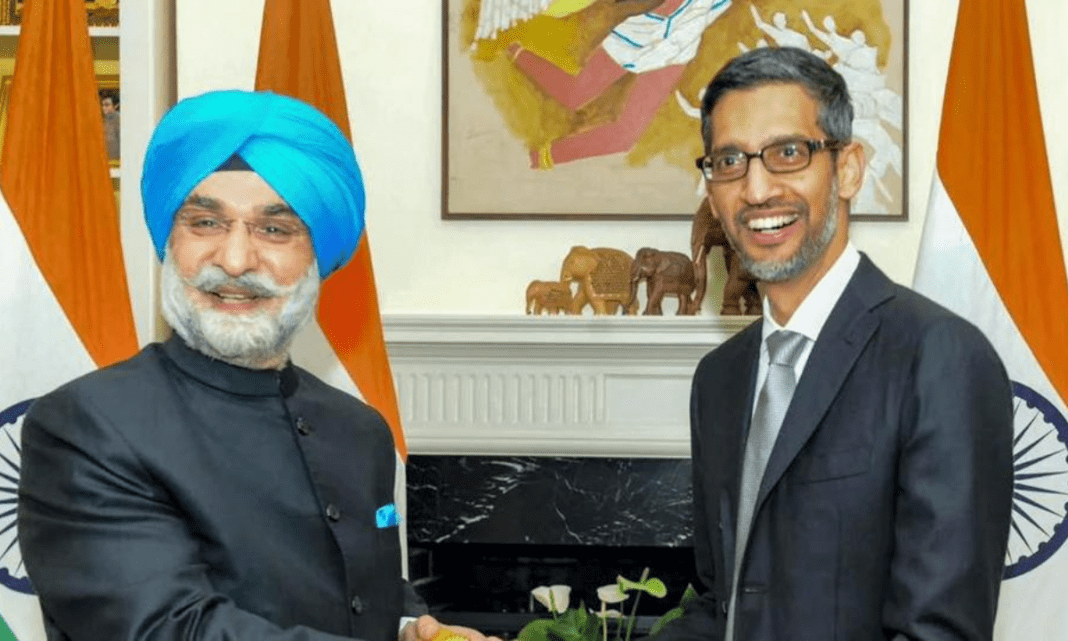 “India is a part of me and I carry it with me wherever I go,” said Sundar Pichai, CEO of Google and Alphabet, while accepting the prestigious Padma Bhushan Award from India’s special envoy to the United States. Indian-American Pichai won the 2022 Padma Bhushan Award in the Commerce and Industry category. Madurai-born Pichai was named one of his 17 winners earlier this year. On Friday, he accepted India’s third-highest civilian honor in front of close family in San Francisco. “I am deeply grateful to the Government of India and the people of India for giving me this tremendous honor. It means a lot to be honored in this way by the country that shaped me,” said Pichai, 50, after receiving the award from India’s ambassador to the United States, Taranjit Singh Sandhu. stated when I received the “India is a part of me.

“I was fortunate to grow up in a family that valued learning and knowledge, and my parents made many sacrifices to ensure that I had the opportunity to explore my interests,” Pichai said. Recalling Prime Minister Narendra Modi’s vision of technology combining the 3Ss (Speed, Simplicity, and Service), Sandhu hoped Google would make the most of India’s digital revolution. Pichai said it was terrific to have visited India many times over the years and witnessed the rapid pace of technological change. Innovations created in India, from digital payments to voice technology, are benefiting people around the world, he said. “We look forward to continuing the great partnership between Google and India as we work together to bring the benefits of technology to more people. Businesses are embracing the opportunities of digital transformation, and more people than ever before, including in rural areas, are connected to the internet, Pichai said. “Prime Minister Modi’s vision for a digital India has accelerated this progress. I am proud of it.”

“Every new technology that has appeared on our doorstep has improved our lives. It allowed me to help,” he said. Pichai said there are many opportunities ahead. Speaking of India’s takeover of the G20 presidency, Pichai said: “This is a golden opportunity to build consensus on how to strengthen the global economy by promoting an open, connected, secure and inclusive internet. This is a goal we share and we are committed to moving forward together.” India formally took over the presidency of the G20 on Thursday. “Seeing the world open up in new ways by allowing people to access information and knowledge in the language of their choice means a lot. I believe India can and should continue to lead,” he added.

The US marks the 4th anniversary of Paul Whelan’s imprisonment in...