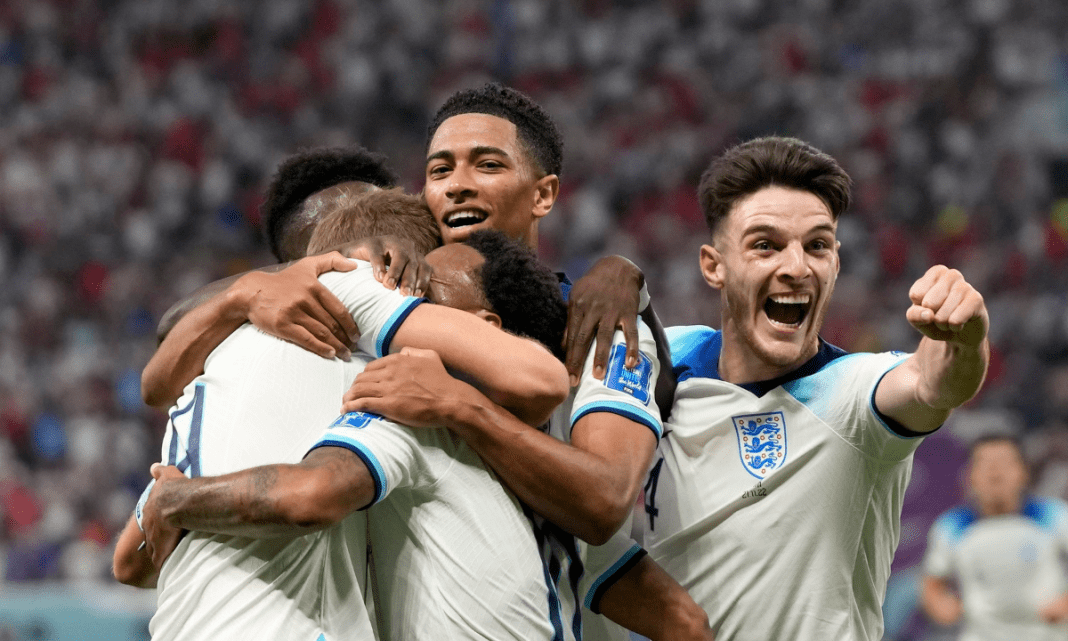 England is far ahead of Iran regarding football prowess and experience on the world stage. Field games proved the same. Iran just flew against the English. England defeated Iran 6-2 in the second match of the current World Cup at the Khalifa International Stadium in Al Rayyan, Qatar on Monday. Many analysts say the goal difference would have been even smaller had Iranian goalkeeper Alireza not been injured.

Kieran Trippier scored a free-kick in the eighth minute. The ball goes to Harry Kane. He made an excellent cross from the front of the 6-yard box. At the same time, defender Majed Husaini cleared with a header. However, goalkeeper Alireza dodged the danger with his fist but found himself in trouble. He left the field after banging heads with Majed Hussaini. Alireza was replaced by Hossein Hosseini. The inexperienced Hossain was unable to play the role of the team’s savior. Bellingham took the lead with a goal 35 minutes into the match. Durant scored with his head.

Bukayo Saka scored a goal in the 43rd minute to double the score. Raheem Sterling then scored England’s third goal in the first minute of 14 minutes added in the first half. England leads 3-0 in the first half. In the 62nd minute of the second half, Bukao Saka scored the team’s second and fourth points. Iran’s Meditaremi closed the gap just three minutes after Sakhar’s goal. Then Marcus Rashford scored in the 71st minute. Jack Grealish put the final nail into the Iranian net in the 89th minute. However, if England commits a foul in extra time, Iran will get a penalty. Talemi cut the loss by scoring from the penalty spot (6-2).

Raveena Tandon , asks why Madhuri Dixit is called a ’90s...