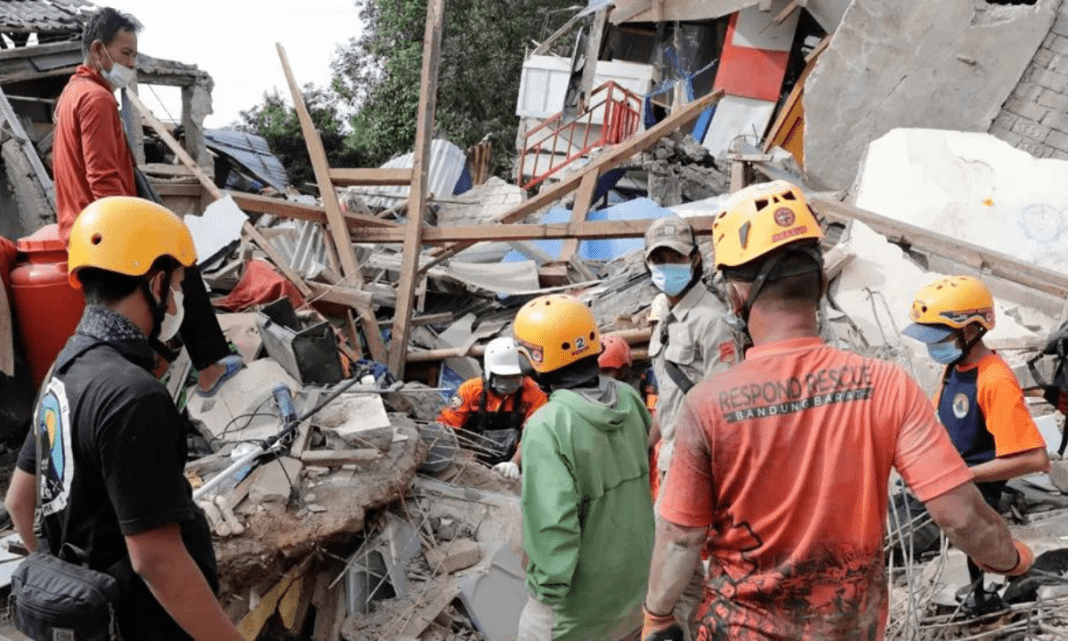 Rescuers are battling dozens of aftershocks in Indonesia’s West Java region as the search for earthquake survivors enters its third day. West Java governor Ridwan Kamil told his BBC that around 140 quakes have occurred in the region since Monday’s quake. At least 268 people have died so far, including many children. About 151 people remain missing and more than 1,000 are injured. Hundreds of emergency services were dispatched to Cianjur where the earthquake hit. However, their efforts are hampered by an open road and an ongoing earthquake in the area. “We are currently adjusting [our mission] to focus on search and rescue… [mainly in remote areas [and] mountaintops where many people are still missing. because,” Kamil said.

Kamil said the BBC’s rescue services were still on foot and motorbikes over the ground, and while roads and trails were not always accessible, helicopters were on standby to transport those found to the hospital. said there is. A 5.6-magnitude earthquake struck near the densely populated town of Cianjur just after noon on Monday, turning dozens of buildings into rubble. Many were crushed or trapped as walls and roofs collapsed. Many children were among the victims, and about 80 schools in the area were affected, officials said. “Most of the victims were children because they were still at school at 1 p.m.,” said Henri Alfiandi of the National Search and Rescue Agency. Aprizal Mulyadi was at school when the earthquake struck and was trapped after “the room collapsed”. A 14-year-old said his feet were buried under the rubble, but he was pulled to safety by his friend Zulfiqar. At least 58,000 people have been displaced, and dozens of refugee camps have been set up in the area, the governor said. He cited the National Disaster Mitigation Agency, which has damaged an estimated 22,000 homes.

The earthquake caused a landslide, burying the entire village. In a Tibereum village, a family said their eldest son, 28, died when their house collapsed. Relatives and younger brothers and sisters were saved because they were on the upper floors. “We have to dig up the concrete upstairs where the victims were crushed. But we saw the bodies,” military official Sergeant Payakul told the BBC on Tuesday. President Joko Widodo had previously visited a remote disaster area and posed for photos with rescue workers. “My orders are to prioritize the evacuation of victims who are still trapped under the rubble,” he said, adding that he had promised compensation to affected communities. Kamil said the government would repair damaged houses, adding that residents living in “vulnerable” areas would be told not to build houses there. Earthquakes are common in Indonesia, which lies in the Pacific “Ring of Fire” area of ​​tectonic activity. The country has a devastating history of earthquakes and tsunamis, and the 2018 earthquake killed more than 2,000 people in Sulawesi.