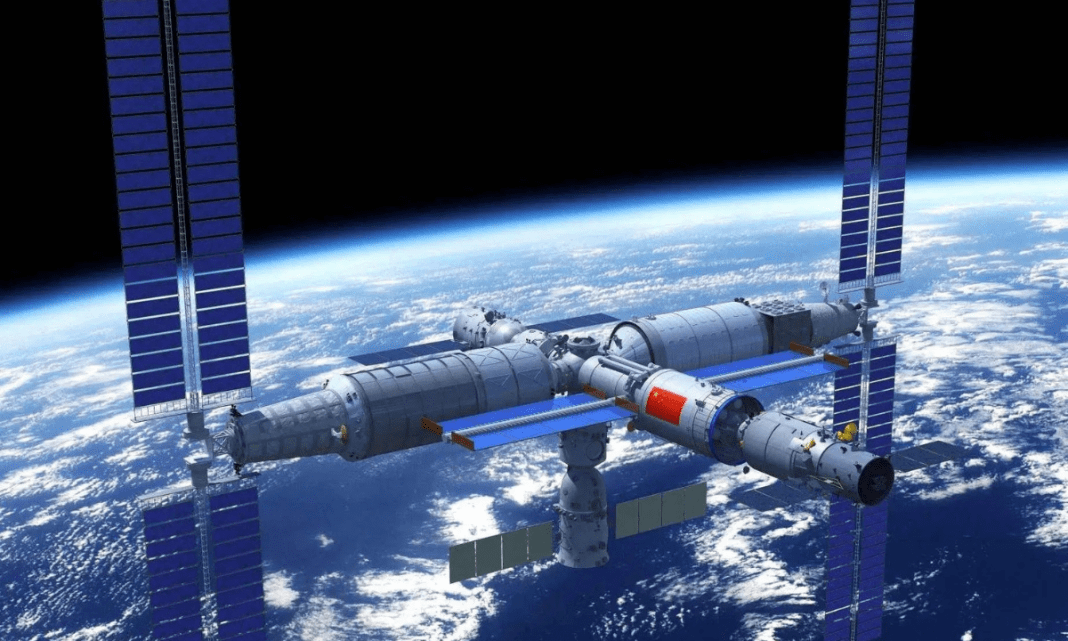 China’s space station will join a controversial project to collect solar power from space and send it to Earth in a high-energy microwave beam, according to a senior scientist The Chinese space station Tiangong – which means “heavenly palace” – became fully operational when the last major service module, Mengtian, docked this month. Some space scientists have suggested Tiangong – the largest infrastructure in orbit owned and run exclusively by a single country at present – can change the pace or direction of the space race Yang Hong, the chief designer of the space station, told a conference in Wenchang, Hainan, on Tuesday that Tiangong would play a key role in China’s space solar power station (SSPS) project by providing a testing platform for high-voltage electric devices and in helping assemble ultra-large structures.

In a lecture at the conference attended by space scientists and engineers from around the world, Yang said the space station had the resources and capability to do demonstrations, “verify key technologies, accelerate technological breakthroughs and accumulate in-orbit experimental data” for the SSPS project. He said these would help China reach its carbon and carbon-neutral goals. In a paper published by the project team in June in the China Space Science and Technology Journal, China’s full-fledged space solar power plant is a one-kilometer-wide structure that can deliver gigawatt-class microwaves to Earth from a distance of 36,000 km. Reported to radiate (4000km in January). Unlike traditional solar farms that operate only during the day, space-based solar arrays collect and transmit energy 24 hours a day.

Microwave beams can penetrate clouds and be picked up by ground antennas to generate electricity. China plans to conduct its first space-to-Earth power transmission experiment within the next few years. A small space power station capable of powering remote military outposts will be operational in the 2030s, and commercial power generation will begin in the 2050s. The U.S. Air Force also plans to launch a solar-powered satellite in 2025 that can generate and transmit focused microwave beams from low-Earth orbit. Some studies have shown that microwaves (in roughly the same frequency range used by Wi-Fi routers) are safe for humans as long as they don’t enter the service area. But keeping the energy beam focused at a precise point on Earth tens of thousands of kilometers away remains a major challenge, according to scientists involved in these projects. Some researchers have also warned that persistent and intense energy transfer between space and Earth could cause disturbances in the ionosphere, with unpredictable effects on the global environment.

Xi Seeks To Reassure Critics Over $1 Trillion Belt And Road...