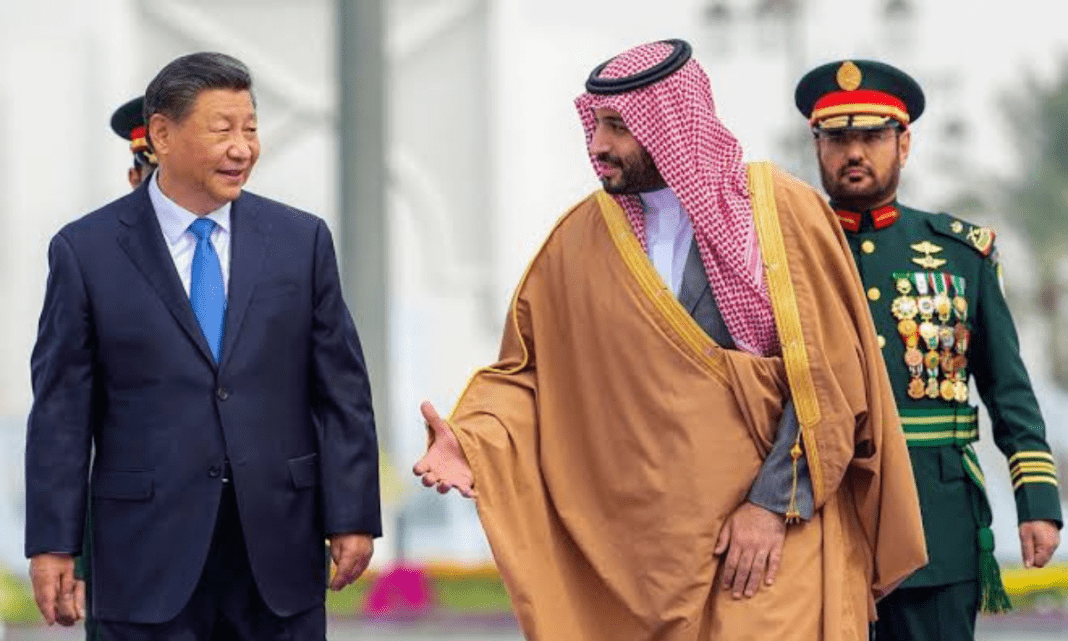 Saudi Arabia and China announced their cooperation in global oil markets and internal conflicts during a visit by Chinese President Xi Jinping aimed at deepening strategic ties at a time when relations between Washington and Riyadh were becoming increasingly divided. You seem to have reconfirmed the principle of interference.

Xi and Saudi Arabia’s King Salman have signed a series of deals, including one with Chinese tech giant Huawei since Chinese leaders began their official visits on Wednesday.

In a joint statement on Friday, the two sides “exchanged views on ways to strengthen and develop the comprehensive strategic partnership relationship between the Kingdom and China.”

The statement emphasized the principles of sovereignty and “non-interference” while reaffirming the importance of a peaceful settlement of the Ukrainian conflict.

Alluded to the Gulf states’ security concerns over Iran, another oil supplier to China with which Beijing has good ties, they said they would “jointly cooperate to ensure the peaceful nature of Iran’s nuclear program.” They agreed on the need to “strengthen the cooperation” and agreed that Tehran has “principles of good”. neighbor”. Xi Jinping said the visit ushered in a “new era” of relations.

Xi calls for renminbi trading
Later on Friday, Xi will meet with other Gulf oil producers and attend a broader summit with Arab League countries, where China will continue to import large amounts of oil from the region and increase imports of liquefied natural gas. said.

He called for the renminbi to be used for the oil and gas trade. If so, such a move would weaken the U.S. dollar’s dominance in international trade while helping China establish its own currency globally.

However, most of Saudi Arabia’s assets and reserves are denominated in US dollars. The Saudi riyal, as well as other currencies in the Gulf, are pegged to the dollar.

“China looks forward to working with Saudi Arabia and Arab states to turn the two summits into milestone events in the history of China-Arab relations and China-GCC [Gulf Cooperation Council] relations and bring these relations to new heights,” China’s foreign ministry cited Xi as saying.

Qatar’s emir, Kuwait’s crown prince, and the presidents of Egypt, Tunisia, Djibouti, Somalia, and Mauritania, were among the rulers attending, alongside leaders and prime ministers of Iraq, Morocco, Algeria, Sudan, and Lebanon.

“This summit establishes a new phase of the relation between our countries, as it strengthens our partnership in fields that we share a common interest in and to ensure the future that our people strive for,” said Saudi Crown Prince Mohammed bin Salman. “The Internal Affairs of the Kingdom”
Riyadh reiterated its adherence to the “one China principle” that the People’s Republic of China (PRC) is the only legitimate government and Taiwan is an integral part of Chinese territory.

China is determined to forestall Taiwan’s independence and unify the mainland and Taiwan. Western governments, including the United States, recognize the People’s Republic of China as China’s sole legitimate government while maintaining unofficial ties with Taiwan.

Meanwhile, Beijing “reiterated its opposition to any action that interferes in the internal affairs of the Kingdom of Saudi Arabia.”

The two sides stressed the importance of stabilizing the global oil market and agreed to explore investment opportunities in the petrochemical sector and renewable energy sources, according to the statement.

China is the world’s largest importer of crude oil and is heavily dependent on Saudi Arabia.

They have also joined Saudi Arabia in various energy and investment partnerships under the Belt and Road initiative, a large-scale infrastructure project that spans from East Asia to Europe and “strengthens the Kingdom’s position as a regional hub for Chinese companies.” Welcomed the involvement of companies.

deepen ties
Beijing has cemented its ties with the Gulf countries in recent years, but the foreign ministry this week described Xi’s visit as “the largest diplomatic activity between China and the Arab world” since China’s founding.

Saudi Arabia’s crown prince sees the world’s second-largest economy as a key partner in his far-reaching Vision 2030 agenda and ambitious mega-projects, including the $500 billion futuristic megacity of Neom. increase.

Saudi Arabia is also pushing to diversify its economic and political alliances at a time when its relationship with longtime ally the United States appears to be riddled with disagreements. US President Joe Biden visited Saudi Arabia in July and persuaded the kingdom to increase oil production and pump down gas prices.

His Saudi-led OPEC+ has decided to cut oil production by 2 million barrels in October. This was viewed by the Biden administration as a direct insult to his 2022 midterm elections.

Saudi Arabia and its Gulf allies have broken with OPEC+ oil producer Russia over an invasion of Ukraine and have resisted US pressure to limit their dealings with China, but their interests in global order and security remain at stake. It seeks to create a polarized view of the national economy by navigating polarities. Saudi Foreign Minister Faisal bin Farhan Al-Saud said on Friday that the Kingdom will continue to work with all partners.

“We don’t see this as a zero-sum game,” he said when asked about Riyadh’s relationship with Washington, following the lavish reception Mr. Xi received. “We don’t believe in polarizing or choosing one or the other,” he said at a press conference.

Jeremy Renner was injured in a snow blower while trying to...