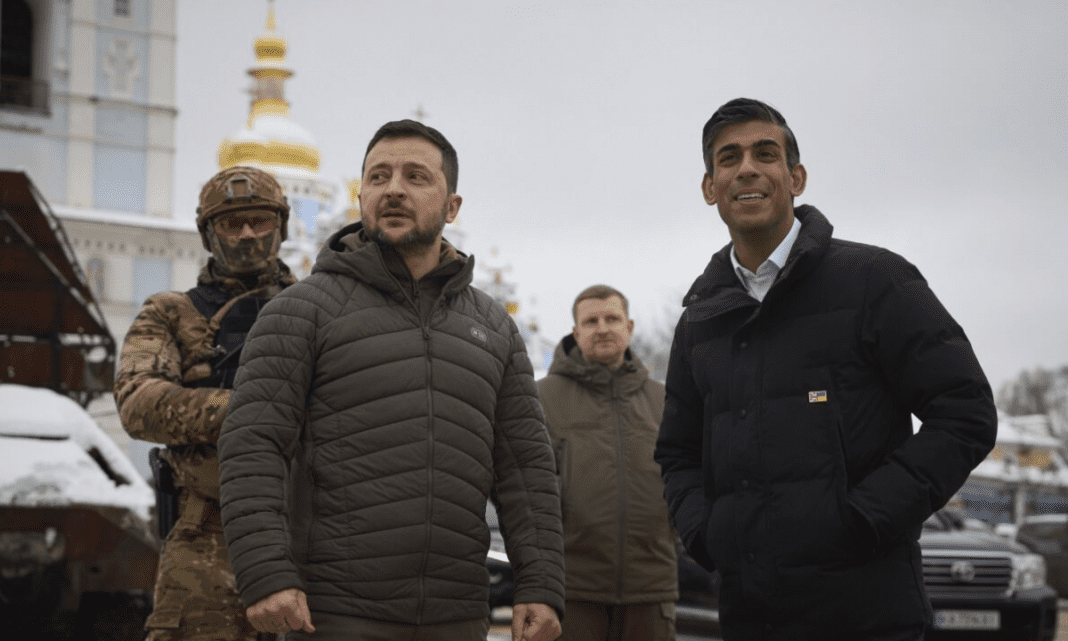 Ukrainian President Volodymyr Zelensky met for the first time with British Prime Minister Rishi Sunak in the capital Kyiv on Saturday. The surprise visit was announced in a video posted on Zelensky’s Telegram channel. Footage showed the two leaders smiling and shaking hands before discussing Russia’s aggression. “From the first days of the war, Ukraine and Great Britain were the strongest allies,” wrote Zelensky.

“At today’s meeting, we discussed the most important issues for the security of our two countries and the world.” Sunak later posted the same video on Twitter, writing, “Britain knows what it means to fight for freedom,” and telling Zelensky, “We are with you forever.” The British Prime Minister also announced a new air defense package for Ukraine, specifically to improve protection against Iranian-supplied drones. The latest supplies included “anti-aircraft guns, radar, and anti-drone equipment” as well as “humanitarian aid for the coming cold and harsh winter,” Sunak said in a statement.