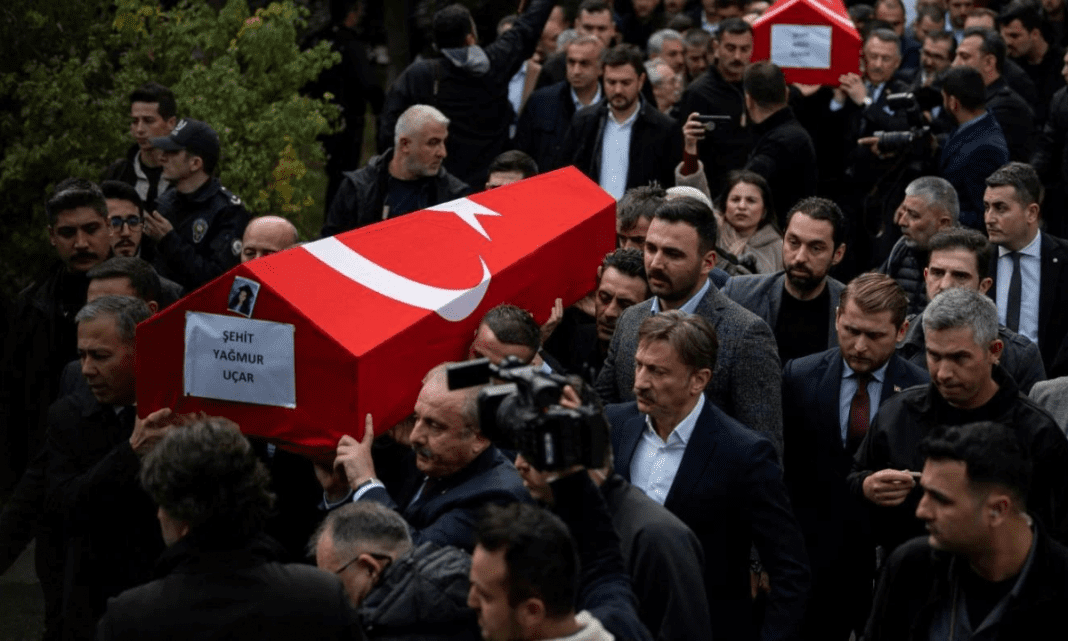 As Istanbul’s central Taksim shopping district recovers from a weekend’s attacks that killed six people and injured dozens, Syrian communities in Turkey fearing a backlash is in the spotlight. Turkish authorities have arrested Alam Al-Bashir, a Syrian national who police say has confessed to being trained by militants of the Kurdistan Workers’ Party (PKK). 46 more people were arrested in connection with Sunday’s attacks. The PKK denied responsibility for the attack on Monday, and no group has yet claimed responsibility. But the wider Syrian community now fears facing a backlash against the attack. Some Syrians who spoke to Middle East Eye suggested the explosion may have been aimed at pitting Turks and Syrians against each other, further severing ties between the two communities.

Last year, hundreds of angry people attacked Syrian refugees in Ankara’s Altyndag district after two Syrians were accused of murdering their Turkish teenager. Turkey hosts more than 3.6 million of her Syrians, making it the world’s largest refugee host country. This increased tension. Wasim*, a Syrian refugee and now a Turkish citizen, learned of the attack in Taksim when his brother called him shortly after the explosion. “My brother started working in Taksim. His face looked scared. That’s when I first heard about the attack,” he said. “This is a road I have walked many times with my family. What happened was so sad and wrong. Everyone in the city has a memory of Taksim. ” Wasim said he was worried about how the attack would affect all Syrians in Turkey, not just his brother. On Twitter, some of his worst fears seem to have been confirmed. Thousands of tweets were posted on the Syrian hashtag after the explosion. A celebrity with a large following online has warned that the state must deal with Syrians entering the country illegally.

Another popular media commentator said Syrians and Afghans were not viewed as “brothers” and that the significant number of migrants and refugees settling in Turkey needed to be sent back as soon as possible. But for people like Wasim and his family, terrorist attacks do not discriminate between Turks and Syrians. “My mother has been unwell for her two days. My brother is working on tactics and she thinks he might fall, victim, if there is another attack,” Wasim said. I was. After the explosion and before the attacker’s identity was known, Wasim received a message on his WhatsApp that foretold the community’s horror. “I hope you’re okay and didn’t get hit by the blast. (As a Syrian) be careful when walking in the city, people will use this to your advantage and spread more hate.

Syrian charities have also been quick to support their home country. The International Federation of NGOs, one of several umbrella organizations helping Syrians, said in a statement, “The PKK/YPG, a terrorist organization that poses a threat not only to the people of the region but to humanity as a whole, has been carried out. .Many massacres of civilians in Syria”.

The statement added: “We must not forget that terrorist organizations have no race, language, nationality, or gender. We believe in the brotherhood of the Turkish and Syrian peoples.” The group targeted politicians and celebrities, expressing their grief and warning against “targeting the entire population because of the identity and nationality of the attacker”. “Syrians, who are among those most affected by terrorist organizations, should not be targeted by aggressors,” the statement added. A prominent far-right politician, Victory Party leader Umit Ozdag, took advantage of the situation and quickly went on the offensive. In a video posted on Twitter, Ozdag and his supporters planned to march to Taksim to “commemorate the martyr” before being stopped by police.

“When the victorious party enters Istiklal Street, the police will set up an emergency fence. Syrians, Afghans, Egyptians, etc. will be able to enter comfortably,” Ozdag said in a video that has over a million views. Told. Rina*, a Syrian refugee who now lives and works in Turkey, said she was not surprised by this kind of reaction. “Some may be afraid of what’s to come, but I believe nothing has changed. The resulting hostility will be a more focused version of what we’ve seen recently. she said. Some Syrian youth have started donating blood for those injured in the attack, but Rina fears further deportations may occur in the community. Rina believes that as Turkey’s upcoming elections approach, far-right parties “could use their attacks for electoral purposes, which could lead to increased hostility towards the community or become more visible.” But for now, people like Wasim avoid Twitter and follow the news. “Threats on Twitter drain people’s energy and time. Turks are still personally friendly. Yes, some may be aggressive, but it’s not a perfect world.