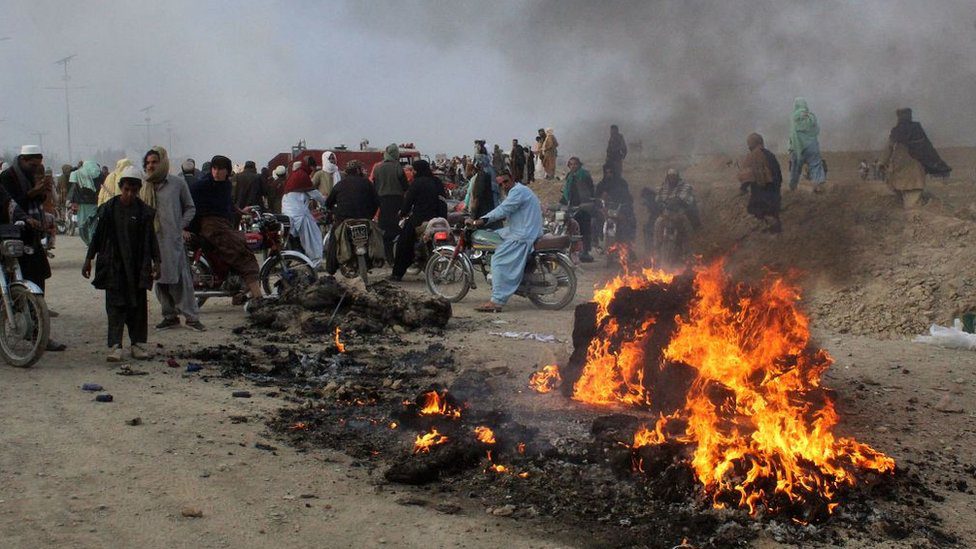 Pakistan’s defense minister has claimed Afghan soil is being used by militants to launch attacks on his country, prompting a sharp response from the Taliban government in Kabul.”We have spoken with the Afghan government and they will continue to say that the land is being used for transnational terrorism,” Khwaja Asif told a private news channel Monday night. Asif’s comments came shortly after Pakistan’s Prime Minister Shahbaz Sharif, newly appointed military chief General Asim Munir and other senior officials attended a meeting of the National Security Council (NSC) in the capital Islamabad.

A government statement after the NSC meeting said that “no country should harbor terrorists” and that their attacks “will be punished with the full force of the state”.The NSC statement did not name any countries, but it referred to neighboring Afghanistan, where the government dismissed the allegations as “provocative and unfounded.” In response to the two statements, Afghanistan’s Taliban government spokesman Zabihullah Mujahid said on Tuesday, “The Islamic Emirate of Afghanistan desires good relations with all its neighbors, including Pakistan.” To have used the name given to the country by the Taliban. In November, armed groups unilaterally ended a ceasefire agreement with the Pakistani government brokered by the Afghan Taliban and ordered its fighters to launch attacks across the country.

News In an interview with his channel, Asif cited the Doha Accords that the Taliban signed with the United States in February 2020 to expedite the withdrawal of foreign troops from Afghanistan. As part of the deal, the Taliban promised not to allow armed groups to use Afghan soil to launch attacks on other countries. The Afghan Taliban occupied Kabul as the US and her NATO forces began to withdraw in August 2021. “As always, we are ready to defend the territorial integrity and independence of our homeland, and we note that we have unparalleled experience in defending and protecting our country.”

Fears of escalation after airstrikes on Myanmar near the border with India.

Co-pilot in the Nepal plane crash was married to a pilot who died in the 2006 Yeti airlines crash.