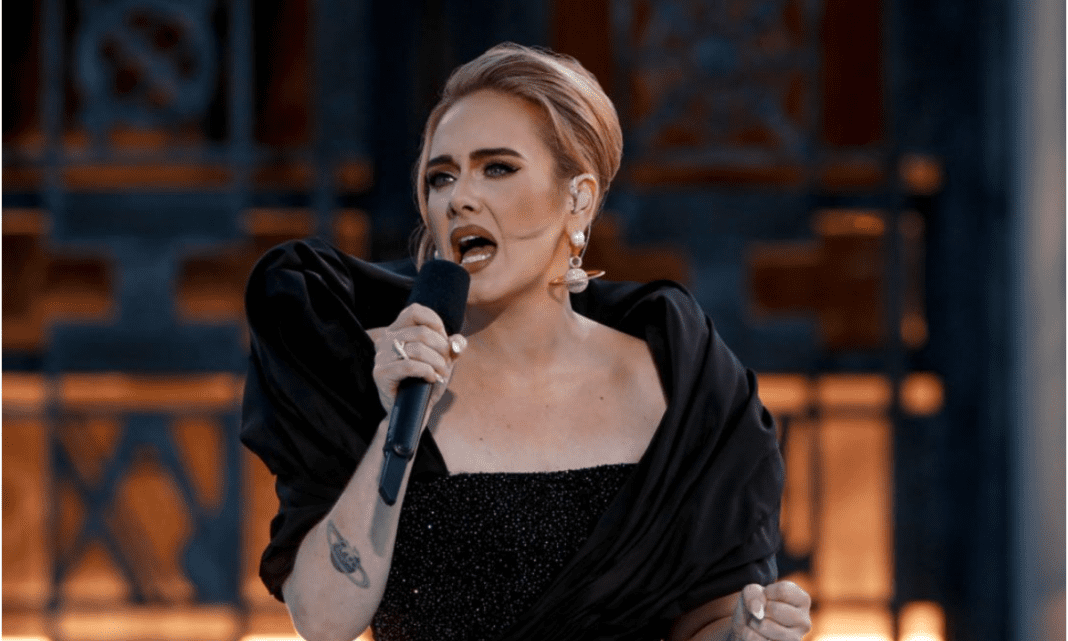 Adele is belatedly thanking her fans for “coming back” for the first night of her residency in Las Vegas. The singer praised fans who had waited almost a year for her postponed performance. She received a standing ovation when she took the stage at Caesars Palace on Friday, describing the show as “just perfect.” The Colosseum stage set “looked exactly as I imagined it.” In an emotional speech, the 34-year-old singer kicked off the show by telling her fans to give her fans a standing ovation, saying she “can be a little volatile at times.” Some were in the audience after a five-month string of shows that were supposed to start in January was postponed on one day’s notice due to the Covid outbreak among the production staff and delays in completing sets. , waited 11 months to meet the artist.

The singer announced the postponement on Instagram, telling fans in her tearful message that the show was “not ready.” At her Friday concert, she said: “My nerves are out of control,” she joked. Her first song of the night was her 2015 number-one single, “Hello,” which earned her a standing ovation. “Easy On Me”, “Set Fire To The Rain” and “Someone Like You” was also included in the setlist. Las Vegas Review-Journal columnist John Casilometes, who attended the performance, praised the singer’s performance as “an extraordinary evening.”He told the BBC’s Today program: “She crushed it. It was an extraordinary night for Adele and everyone in the room tonight. “There was a lot of tension and anxiety in this room tonight, especially when Adele came out and she made it through.”She delivered an impressive, warm and flawless performance. I don’t think I could have asked for more than what she provided tonight. ” Ryan Fuller, 38, a fan from San Francisco, said the show was “beautiful” and “worth the wait.” “Weekend with Adele” is until March. She’s joined many artists accepting coveted residencies, including Elton John, Cher, and The Beach Boys.

Raveena Tandon , asks why Madhuri Dixit is called a ’90s superstar’ without Aamir and Salman Khan. ‘This inequality must end.’

James Cameron says ‘Avatar the Way of Water’ is the ‘worst...