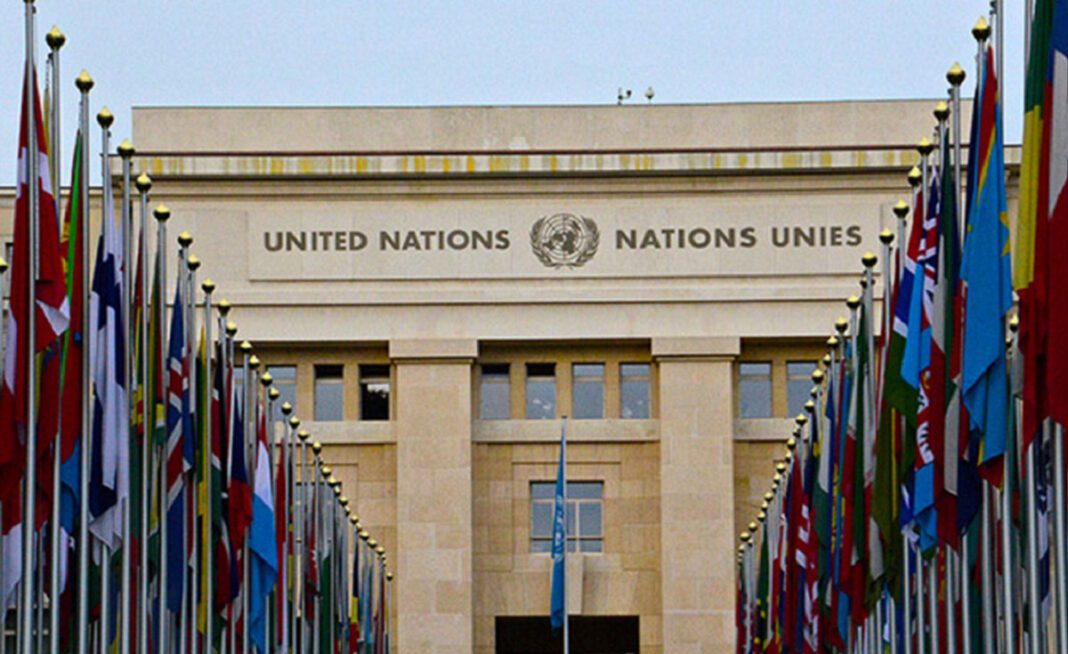 When the United Nations General Assembly took a vote on Russia’s war against Ukraine in an emergency session on 2 March, an overwhelming 141 out of 193 member states supported the resolution calling on Russia to withdraw from Ukraine.

Namibia abstained along with 15 other African states. One (Eritrea) voted against the resolution. Nine did not show up at all. In all, 28 African yes votes (among these seven cosponsors of the resolution) joined 113 other member states in condemning Russia’s aggression.

The voting pattern show that there is no pan-Africanism in practice – as before, African nations do not speak with one voice in global affairs.

Internal divisions are also within the 120 member states of the Non-Aligned Movement. The 1955 Bandung Conference was the cradle for newly independent countries to declare a non-pact position in the East-West conflict. As Asian-African Conference it marked the beginning of a declared in-between-course during the Cold War.

But the misunderstanding that non-alignment means abstention in conflicts holds no water. Pseudo neutrality does in fact take sides with aggressors. Refraining from condemnation of wrongdoing translates such “non-alignment” into not supporting the principles of a global order.

This undermines the credibility of claims to support national sovereignty, territorial integrity and self-determination as a fundamental international order of states. These principles are held dearly in Namibia, where the colonised majority resisted occupation for a century.

As the Preamble of Namibia’s Constitution declares:

recognition of the inherent dignity and of the equal and inalienable rights of all members of the human family is indispensable for freedom, justice and peace; … most effectively maintained and protected in a democratic society, where the government is responsible to freely elected representatives of the people.

Taken seriously, this should have required a condemnation of the Russian war against Ukraine in support of the resolution.

On 28 February the United Nations Human Rights Council voted to urgently debate the Russia-Ukraine crisis. Here too, Namibia decided, like 12 other members to abstain, while 29 voted in favour and five against.

Why not abstain? I am saying we are monitoring and evaluating the situation, and I want to draw {your attention} to Article 96 of the Namibian Constitution. That is what is guiding us in handling issues such as this.

Article 96 outlines the country’s foreign policy principles as one of non-alignment. This includes adherence to fundamental value-based norms in the international system. It:

This framework does not condone warfare, invasion, occupation, or any other denial of the right to self-determination of people in sovereign states.

Addressing the UN General Assembly on 26 September 2018 he warned that the world had drifted away from dialogue, towards unilateral action. He appealed that UN members embrace multilateralism and stressed:

Democracy might have its flaws, but it is by far the best system that enables key values of the United Nations.

During the 79th UN General Assembly debate on 24 September 2020 he declared:

As a nation that has experienced the outpouring of international solidarity during the dark days of our struggle for independence, we wish to express our continued support for the right to self-determination and freedom of the peoples of Palestine and Western Sahara.

His statement at the 2021 General Assembly concluded:

through unity, we will revitalise the United Nations, transforming it into a bastion of global democracy that will save the world from the scourge of war and reaffirm faith in the fundamental human rights, dignity and worth of each and every human being on this planet.

One would expect from such unreserved commitment to clearly defined value-based policy, that voting in the General Assembly would support these principles in every context.

a friend to all and enemy to none. This stresses the approach seeking friendly relations with countries in pursuance of the best interest of Namibia. It is guided by an economic foreign policy, seeking mutual collaboration for own benefits.

As a recent analysis suggests, the country has “fair-weather friends” and in China “one all-weather friend”. In contrast to the Chinese and Western economic ties, Russia doesn’t play a significant role.

That Russian-Namibian bilateralism doesn’t centre stage is clear from a 450-page 2014 volume on Namibia’s Foreign Relations. Initiated by the local office of the German Konrad-Adenauer-Foundation with contributions by mainly Namibian scholars and political office bearers it remains silent on Russia. Its section on bilateral relations deals with Angola, China, Germany, South Africa, and the US.

Bonds with the former Soviet Union (in as much as Cuba, for that matter) have left deep marks and loyalties since the struggle days. But Russia has not played any prominent role in Namibia’s day-to-day public culture since independence in 1990. It is more a nostalgic reminder of the exile days.

Namibia’s general voting patterns in the United Nations display a knee-jerk response in refusing to take any critical distance from Moscow. In a Namibian perspective, Russia remains the embodiment of the former USSR as a main supporter of the anti-colonial struggle.

But the loyalty to Moscow is flawed. After all, Ukraine’s independence as a sovereign state came only after the collapse of the Soviet Union in 1991. Ukrainians, therefore, were as much an integral part of Soviet solidarity with Namibia’s liberation struggle as Russians were. Namibia gained independence in on 21 March 1990.

In his 2020 UN General Assembly address Geingob declared the fact that the world had averted a Third World War for 75 years testifies to the “success of this great human experiment in multilateralism”.

We recognise the pivotal role this distinguished organisation has played to promote and sustain world peace, and in the decolonisation of Africa. As Namibians, we can attest to this fact, given our own history.

By abstaining from the vote condemning Russia’s aggression against Ukraine, Namibia betrays fundamental values practised by all those in solidarity with – and international support of – the struggle for self-determination.

This article is republished from The Conversation under a Creative Commons license. Read the original article.

Share
Facebook
Twitter
Pinterest
WhatsApp
Previous articleInterpol red notice: what it means and why South Africa requested it
Next articleResidents In Irpin, Ukraine, Flee Their Homes: ‘They Shoot Nonstop. There Is No Water, No Electricity’
- Advertisement -

Interpol red notice: what it means and why South Africa requested it

South Africa is in a state of drift: the danger is...