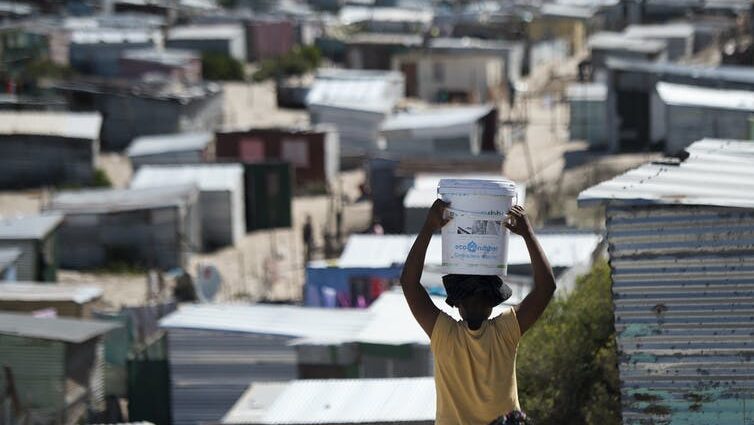 By: contribs
In: Cost of Living

Poverty and socio-economic disparity are among the greatest obstacles facing South Africans. About 63% of children younger than six live in poverty. The country is also experiencing increasing levels of unemployment. In addition there’s a high prevalence of femicide and inter-partner violence which is often associated with excessive alcohol consumption and substance abuse.

Harsh socio-environmental factors, especially when they happen in the early years of a child’s life, can establish a developmental ‘biology of misfortune’. This involves neurobiological and epigenetic processes that go on to steer a person’s life towards poor health, unrealised potential and a shorter life.

Neurobiology here refers to normal brain development. This is, at times, controlled by epigenetic mechanisms. These are biological reactions involving certain proteins that interact with DNA, physically altering its structure. Epigenetics can be influenced by our physical environment and surroundings. Adverse environments can profoundly alter gene expression and have detrimental health effects including disturbed brain development.

There are clear disadvantages to ignoring the physical environment in relation to adverse epigenetic programming. Firstly, it can result in a future population with deteriorated physical and mental health – these individuals would also be more susceptible to infectious diseases. Secondly, it can affect the future health and economic development of the country.

That’s why child and adolescent health is an urgent priority and should be placed at the centre of the healthcare system.

In our recent paper my colleagues and I described how adverse socio-environmental factors in early life can programme the outcome of obesity, diabetes, cardiovascular disease and mental health disorders in adulthood. These noncommunicable diseases are on the rise and are taking a heavy toll on people’s lives, and the country’s healthcare system.

We set out the social and environmental conditions experienced by young South Africans, and discuss the potential contribution of epigenetics to the current and future prevalence of noncommunicable diseases.

We also unpack some early interventions that can help improve child and adolescent health. The cornerstones are: providing optimum nutrition, providing a secure environment, physical activity and education.

South Africa is one of most unequal societies in the world. Children who are exposed to such levels of poverty can suffer immediate and longterm effects. Children from poor families have higher rates of chronic illness and experience worse health in adulthood.

More than half (55%) of the population experiences poverty, with childhood poverty affecting 63% of children.

With diet being intertwined with emotions, cognition and behaviour, close attention should be paid to nutrition.

Research has shown that certain diets are hugely beneficial to peoples’ health. One example is a diet that’s high in polyphenols. These are plant compounds found in tea, chocolates, herbs and spices, fruit, vegetables and nuts. Several have been shown to be able to reduce illnesses by preventing oxidative stress and inflammation in the brain.

On top of this, South Africa sits on a botanical ‘goldmine’ of indigenous medicinal plants. Many have anti-obesity, anti-cancer, anti-diabetic as well as anti-ageing properties among others.

Finally, while the benefits of breastfeeding for both mother and child have long been known, South Africa, like most countries, is still not doing enough to support mothers to breastfeed, despite the immense economic implications.

The failure to optimise nutrition, especially during the critical periods of development for vulnerable young children, should be avoided at all costs. There is a definite requirement for efforts directed at improving the national diet.

This makes the promotion of a quality diet difficult, because it is simply unaffordable for many South Africans.

International research has shown that the best strategies for changing the dietary environment in favour of healthier foods are those aimed at population level, and are accomplished by mass media nutrition campaigns and transparent food labelling. Some countries have taken more drastic action through regulation and taxation of unhealthy foods.

South Africa needs champions for child and adolescent health. The plight of young children needs to be prioritised and placed at the centre of the country’s goals.

An early investment in childrens’ health, education, development, security and well-being would provide benefits that compound during a person’s lifetime. It would improve their prospects – and those of their children and thus society as a whole.

This article is republished from The Conversation under a Creative Commons license. Read the original article.

2021-06-24
Previous Post: As the Palestinian minority takes to the streets, Israel is having its own Black Lives Matter moment
Next Post: South Korean health authorities confirm first vaccination death

Israeli-arabs gesture and wave Palestinian flags at Israelis in a Jewish community building, during renewed...