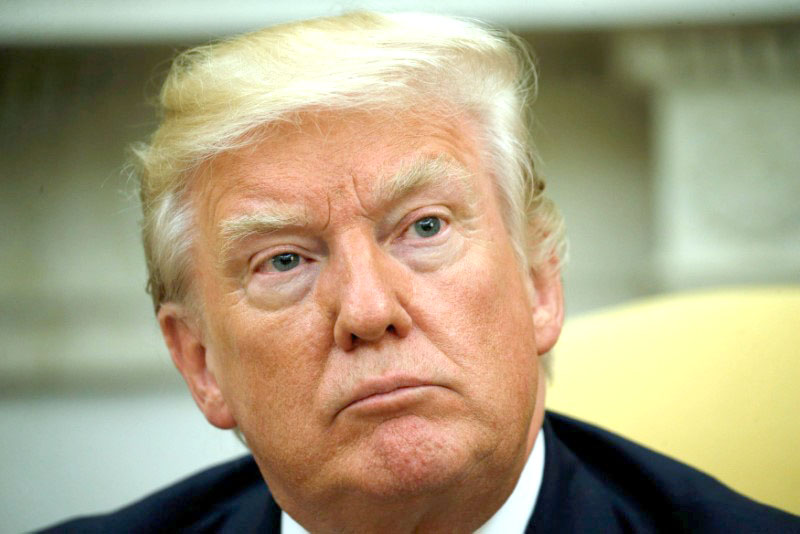 WASHINGTON (Reuters) – U.S. President Donald Trump’s communications director is leaving the job, the White House said on Tuesday, as the president considers wider staff changes to try to prevent more political damage from probes into Russia and his presidential campaign.

Mike Dubke confirmed reports he had resigned, saying in a statement, “It has been my great honour to serve President Trump and this administration.” Dubke, who had been in the job just three months, gave no reason for leaving.

Trump, who returned to Washington on Saturday after a nine-day trip to the Middle East and Europe, has been expected to shake up staff to tackle the firestorm over investigations into alleged Russian meddling in the 2016 presidential election and communication between Russia and Trump’s campaign and transition team.

Trump plans to bring in new aides to the White House, adding experienced political professionals including a former campaign manager, according to administration officials and persons close to the president.

Dubke, who was brought into the White House in March as head of the office that runs press and other public relations issues, oversees the White House’s message strategy while spokesman Sean Spicer, a more high-profile figure, handles daily media briefings.

The Republican president arrived home to face more questions on Russia after media reports about communications between his son-in-law and close advisor, Jared Kushner, and Russia’s ambassador to Washington during and after the campaign.

Trump has repeatedly expressed frustration with internal leaks to the media from the White House.

“It is my opinion that many of the leaks coming out of the White House are fabricated lies made up by the #FakeNews media,” Trump wrote on Twitter on Sunday.

Dubke resigned just before Trump left on his foreign trip but will stay on “until a transition is concluded,” Reince Priebus, the White House’s chief of staff, said.

Dubke told Politico on Tuesday he expected to go back to Black Rock Group, his communications and public affairs firm.

Other potential staff changes could be in the works, according to Axios News, which first reported Dubke’s departure, including fewer on-camera news briefings by Spicer, the White House press secretary.

Trump will also take more questions directly from the media, Axios reported. Senior adviser Kellyanne Conway told Fox News the White House will continue to bring in Cabinet secretaries and other top officials to handle news briefings on topics in their patch.

Conway also dismissed persistent speculation that Spicer, who has been pilloried on TV comedy shows since Trump took office on Jan. 20, was on his way out. She said he would be back at the podium to brief reporters on Tuesday.

Spicer worked with Priebus at the Republican National Committee. Priebus and White House adviser Steve Bannon have been laying the groundwork for the new “war room.”

Controversy over the Russia issue deepened after Trump fired FBI Director James Comey earlier this month, leading to allegations by critics that the president sought to hamper the agency’s probe into the matter.

Moscow has denied U.S. intelligence agencies’ conclusion that it meddled in the campaign to try to tilt the election in Trump’s favour. The president has denied any collusion, repeatedly denouncing the probes as an effort by Democrats to explain Hillary Clinton’s upset defeat in the White House race.