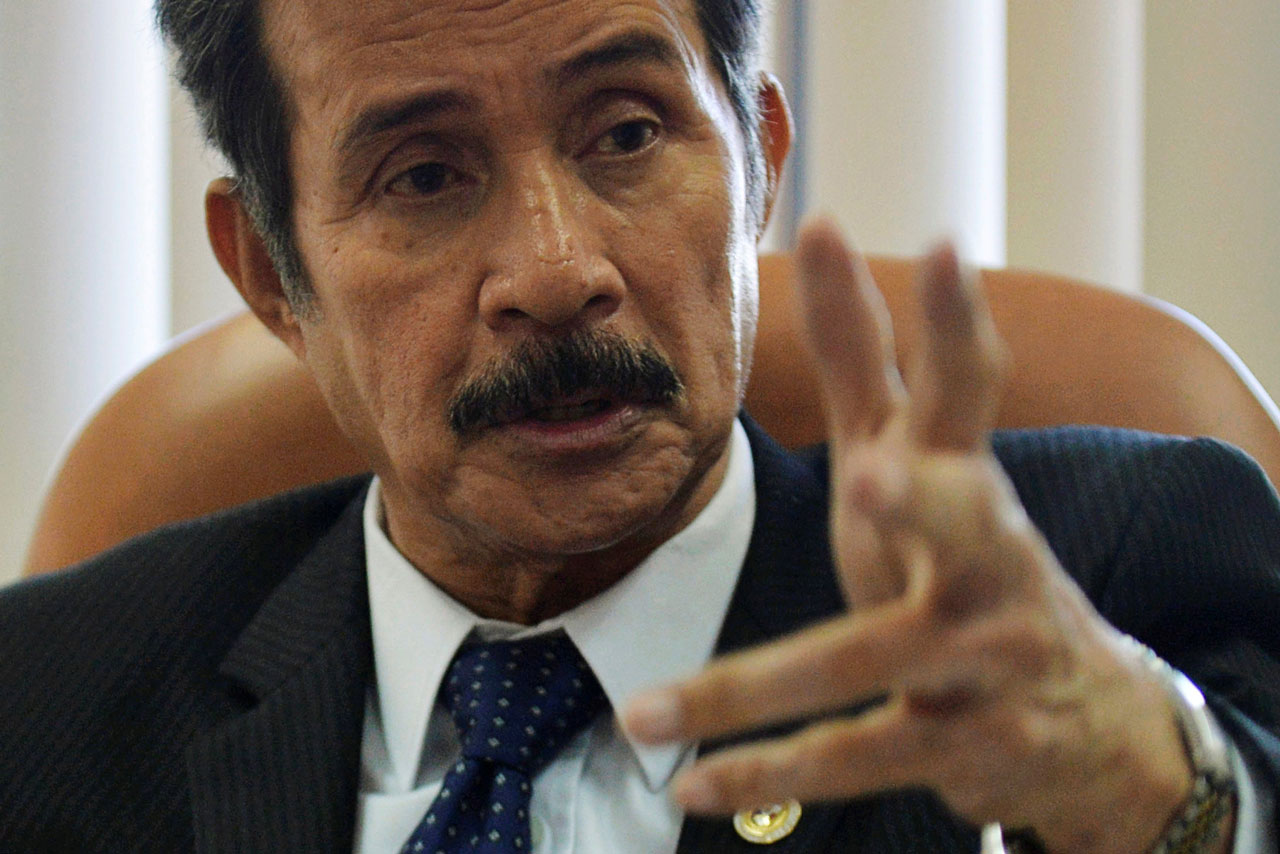 MANILA (Reuters) – Before Rodrigo Duterte’s bloody war on drugs had even begun, allies of the Philippines president were quietly preparing for a wider offensive. On June 30, as Duterte was sworn in, they introduced a bill into the Philippine Congress that could allow children as young as nine to be targeted in a crackdown that has since claimed more than 7,600 lives.

The bill proposes to lower the minimum age of criminal responsibility from 15 to 9 years old to prevent what it calls “the pampering of youthful offenders who commit crimes knowing they can get away with it.”

[ngg_images source=”galleries” container_ids=”10″ exclusions=”18,19,22,24,30,32,48,53,54″ display_type=”photocrati-nextgen_basic_imagebrowser” ajax_pagination=”1″ order_by=”sortorder” order_direction=”ASC” returns=”included” maximum_entity_count=”500″]”You can ask any policeman or anyone connected with the law enforcement: We produce a generation of criminals,” Duterte said in a speech in Manila on December 12. Young children, he said, were becoming drug runners, thieves and rapists, and must be “taught to understand responsibility.”

The move to target children signals Duterte’s determination to intensify his drug war, which faces outrage abroad and growing unease at home. The president’s allies say his support in Congress will ensure the bill passes the House of Representatives by June.

The House would approve the bill “within six months,” said Fredenil Castro, who co-authored the legislation with the speaker of the House, Pantaleon Alvarez. It might face opposition in the Senate, but would prevail because of Duterte’s allies there, added Castro.

National police chief Ronald Dela Rosa recently announced that he was suspending anti-narcotics operations, which have killed more than 2,500 people, while the force rids itself of corrupt cops. The announcement came after it emerged last month that drug squad officers had killed a South Korean businessman at national police headquarters.

The killing of drug suspects has continued, albeit at a slower pace, with most following the pattern of killings that police have blamed on vigilantes. Human rights monitors believe vigilantes have killed several thousand people and operate in league with the police

a charge the police deny.

Duterte has signalled he intends to continue his drug war. In late January, he said the campaign would run until his presidency ends in 2022.

‘IN CAHOOTS WITH DRUG USERS’

Lowering the age of criminality was justified, Castro told Reuters, because many children were “in cahoots with drug users, with drug pushers, and others who are related to the drug trade.” He said he based his support for the bill on what he saw from his car and at churches children begging and pickpocketing. “For me, there isn’t any evidence more convincing than what I see in every day of my life,” he said.

A controversial bill to restore the death penalty, another presidential priority, is also expected to pass the House of Representatives by mid-year, according to Duterte allies in Congress.

Supporters of the bill to lower the age of criminality say holding young children liable will discourage drug traffickers from exploiting them. Opponents, including opposition lawmakers and human rights groups, are appalled at a move they say will harm children without evidence it will reduce crime.

There is also resistance inside Duterte’s administration. A member of Duterte’s cabinet who heads the Department of Social Welfare and Development opposes the move. And a branch of the police responsible for protecting women and children disputes the claim that children are heavily involved in the drug trade a claim not supported by official data.

Opponents warn that lowering the age of criminality would further strain a juvenile justice system that is struggling to cope. At worst, they say, with a drug war raging nationwide, the bill could legitimize the killing of minors.

“What will stop them from targeting children?” said Karina Teh, a local politician and child rights advocate in Manila. “They are using the war on drugs to criminalize children.”

IN THE FIRING LINE

The drug-war death toll includes at least 29 minors who were either shot by unidentified gunmen or accidentally killed during police operations from July to November 2016, according to the Children’s Legal Rights and Development Center (CLRDC) and the Network Against Killings in the Philippines, both Manila-based advocacy groups.

Dela Rosa said the Philippine National Police “fully supports” the new bill. It is “true and supported by data” that minors are used by drug traffickers because they can’t be held criminally liable, the police chief said in a submission to the House of Representatives.

Some police officers working on the streets agree with Dela Rosa. In Manila’s slums, children as young as six act as lookouts for dealers, shouting “The enemy is coming!” when police approach, said Cecilio Tomas, an anti-narcotics officer in the city. By their early teens, some become delivery boys and then dealers and users, said Tomas.

Salvador Panelo, Duterte’s chief legal counsel, said the bill would protect children by stopping criminals from recruiting them. “They will not become targets simply because they will no longer be involved,” he said.

Child rights experts say the legislation could put children in the firing line. They point to the deadly precedent set in the southern city of Davao, where Duterte pioneered his hard-line tactics as mayor. The Coalition Against Summary Execution, a Davao-based rights watchdog, documented 1,424 vigilante-style killings in the city between 1998 and 2015. Of those victims, 132 were 17 or younger.

For all but three years during that period, Duterte was either Davao’s mayor or vice-mayor. He denied any involvement in the killings.

Althea Barbon was one of the children killed in the current nationwide drug war. The four year old was fatally wounded in August when police in an anti-narcotics operation shot at her father, the two Manila-based advocacy groups said. Unidentified gunmen shot dead Ericka Fernandez, 17, in a Manila alley on October 26, police said. Her bloody Barbie doll was collected as evidence. And on December 28, three boys, aged 15 or 16, were killed in Manila by what police said were motorbike-riding gunmen.

If the bill passes, the Philippines won’t be the only country where the age of criminality is low. In countries including England, Northern Ireland and Switzerland it is 10, according to the website of the Child Rights International Network, a research and advocacy group. In Scotland, children as young as eight can be held criminally responsible, but the government is in the process of raising the age limit to 12.

Critics of the Philippines’ bill say lower age limits are largely found in countries where the legal systems, detention facilities and rehabilitation programs are more developed.

Statistics from the police and the Philippine Drug Enforcement Agency (PDEA), the government’s top anti-narcotics body, appear to contradict the Duterte camp’s claim that there is a large number of young children deeply involved in the drug trade.

There were 24,000 minors among the 800,000 drug users and dealers who had registered with the authorities byÂ November 30, according to police statistics. But less than two percent of those minors, or about 400 children, were delivering or selling drugs. Only 12 percent, or 2,815, were aged 15 or younger. Most of the 24,000 minors were listed as drug users.

The number of minors involved in the drug trade is “just a small portion,” said Noel Sandoval, deputy head of the Women and Children’s Protection Center (WCPC), the police department that compiled the data.

The WCPC is not pushing to lower the minimum age of criminal responsibility, said Sandoval, but if the age is to be lowered, his department recommends a minimum age of 12, not 9.

Between January 2011 and July 2016, 956 children aged six to 17 were “rescued nationwide from illegal drug activity,” according to PDEA. They were mostly involved with marijuana and crystalÂ methamphetamine, a highly addictive drug also known as shabu, and were handed over to the Department of Social Welfare and Development (DSWD). Of these, only 80 were under the age of 15.

Asked for evidence that younger children are involved in the drug trade, Duterte’s legal counsel Panelo said the president had data from “all intelligence agencies.” Panelo declined to disclose those numbers.

Among the opponents of the bill is a member of Duterte’s cabinet, Judy Taguiwalo, secretary of the DSWD. The legislation runs counter to scientific knowledge about child development and would result not in lower crime rates but in more children being detained, Taguiwalo wrote in a letter to the House of Representatives in October.

Hidden by a high wall topped with metal spikes, the Valenzuela youth detention centre in northern Manila is already operating at twice its capacity. Its 89 boys eat meals in shifts â€“ the canteen can’t hold them all at once “ and sleep on mats that spill out of the spartan dorms and into the hallways.

The government-run centre, which currently houses boys aged 13 to 17 for up to a year, is considered a model facility in the Philippines. Even so, said Lourdes Gardoce, a social worker at the Valenzuela home, “It’s a big adjustment on our part if we have to cater to kids as young as nine.”