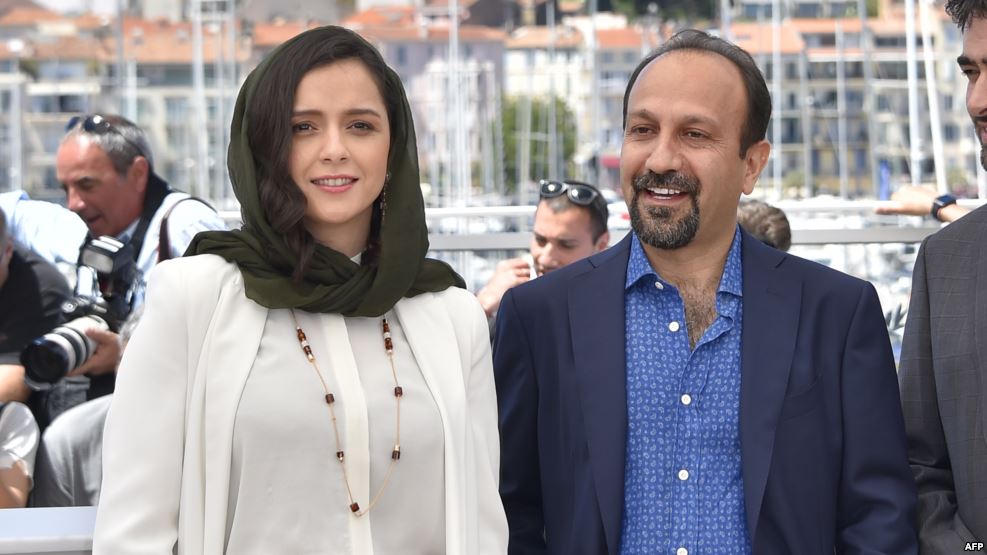 Anticipating an executive order from the White House to temporarily shut off Iranians’ access to U.S. visas and other avenues to immigration, Iranians have voiced frustration with being targeted for exclusion alongside citizens from a handful of predominantly Muslim countries where conflicts are raging.

The prospect of such immigration curbs by U.S. President Donald Trump, a purported draft of which has circulated in U.S. media, appears to be roughly in line with Trump’s campaign promise to impose security measures including at least a temporary ban on Muslims entering the United States in the face of a threat from “radical Islamic terrorism.”

The ban would come with a cloud also hanging over the fate of a major deal struck in 2015 between Tehran and world powers including the United States to limit Iran’s nuclear program in exchange for sanctions relief. Trump has vowed to revisit that agreement, known as the Joint Comprehensive Plan of Action (JCPOA), which went into effect despite strident opposition from Iran hawks in the United States and hard-liners in Tehran.

Some Iranian-Americans were among vocal critics calling any visa and immigration ban on Iranians discriminatory and contrary to U.S. principles.

New York-based Mehdi Arabshahi, a former student activist jailed in Iran for his political activism, responded to reports that Trump would impose a minimum 30-day ban by asking whether visa restrictions would also apply for Academy Award-winning Iranian film director Asghar Farhadi, who was nominated for a second Oscar this week for his film The Salesman.

Tweeting from Iran, actress Taraneh Alidoosti, who plays the lead female role in The Salesman, called such a U.S. ban “racist” and said that she would not attend the Oscar ceremony in protest.

The U.S. Department of State designated Iran a “state sponsor of terrorism” in 1984, a view that is officially unchanged, and has reiterated more recently its accusation of “terrorist-related activity” by Tehran, including “support for Hizballah, Palestinian terrorist groups in Gaza, and various groups in Iraq and throughout the Middle East.”

There was also criticism from inside Iran as the international community awaited word from the White House.

Ali, a 16-year-old student in Tehran who said he hoped to pursue a university degree in the United States in the future, told RFE/RL that the inclusion left him puzzled. “I don’t understand why Iranians are targeted. We’re not terrorist, there hasn’t been a single terrorist from Iran,” Ali said in a chat via Telegram on January 25.

U.S. officials have accused Iran of supporting the group behind the 1996 truck bombing of Khobar Towers in Saudi Arabia, which killed 19 U.S. servicemen. In 2013, the U.S. sentenced an Iranian-American man to 25 years in prison for his role in an Iranian plot to kill Saudi Arabia’s ambassador to the United States.

Iran has been also accused by Argentinian authorities of involvement in the 1994 bombing of the Jewish center in Buenos Aires that killed 85 people and injured more than 300 others. Tehran denies the accusations.

Ali added that he hoped Trump would change his decision: “My dream is to study in America in order to have a better future, I hope this [ban] won’t mean an end to my wish.”

The United States is a leading destination for students from all over the world, with international student enrollment at public and private U.S. institutions totaling more than 1 million young people in 2015-16, according to the Institute of International Education, with roughly one-third of them coming from China and Iranians well outside the top 10 places of origin.

Hengameh, a mother of two in Tehran, told RFE/RL via Telegram she was offended by the U.S. decision. “I don’t have plans to travel to America, but I know many who have relatives there. This will make things harder for them,” she said, adding that obtaining a U.S. visa is already difficult for Iranians.

The United States and Iran cut off diplomatic ties decades ago, and Washington has relied on the Swiss government to represent its diplomatic interests in Iran ever since. As a result, to apply for a U.S. visa, Iranians already had to travel to a third country with a U.S. consulate for an interview and to pick up the actual document.

“This is discrimination, what have Iranians done to deserve this? We keep hearing that Iranians in [the U.S.] are among the most successful immigrants so what is the reason for this [ban]?” Hengameh asked.

Many Iranian-Americans emigrated to the United States in the period surrounding Iran’s 1979 Islamic Revolution.

One possible consequence of a looming ban was highlighted by Dubai-based Reuters reporter Bozorgmehr Sharafedi, who wrote on Twitter that it would prevent his mother from visiting her son, his brother, in the United States.

Others expressed dismay that ordinary Iranians would be punished for actions by the Iranian establishment.

“Instead of targeting the regime, Trump is punishing the people,” a reader commented on the Facebook page of RFE/RL’s Radio Farda.

“Those who claim the U.S. doesn’t have an issue with the Iranian people, only with the government, please pay attention,” another reader wrote.

“The adoption of this [executive order] and similar laws will hurt only the Iranian people, and it won’t have any impact on the travels of government [officials] to America,” a comment on Radio Farda’s Facebook page said.

“It’s clear that [Trump] doesn’t have a proper understanding of terrorists. Most of them are from Saudi Arabia, Pakistan, and other countries,” another comment said.

Fifteen of the 19 hijackers who used passenger jets to carry out coordinated terrorist attacks against the United States on September 11, 2001, were from Saudi Arabia. Osama bin Laden, the leader of the Al-Qaeda terrorist network blamed for the attack, was a Saudi citizen.

One of the attackers in a mass shooting in San Bernardino, California, in 2015 was a Pakistani woman who grew up in Saudi Arabia and was said to have been radicalized in part by sympathies for Islamic State (IS), a brutal militant Islamist group that controls parts of Iraq and Syria. Tashfeen Malik and her American-born husband of Pakistani descent, Rizwan Farook, killed 14 people and injured 22 others.

Quoting sources familiar with the visa process ahead of any official U.S. announcement, Reuters reported that Trump was likely to order the State Department to stop issuing visas to people from Syria, Iraq, Iran, Libya, Somalia, Sudan, and Yemen. He could also instruct U.S. Customs and Border Protection to stop any current visa holders from those countries from entering the United States.