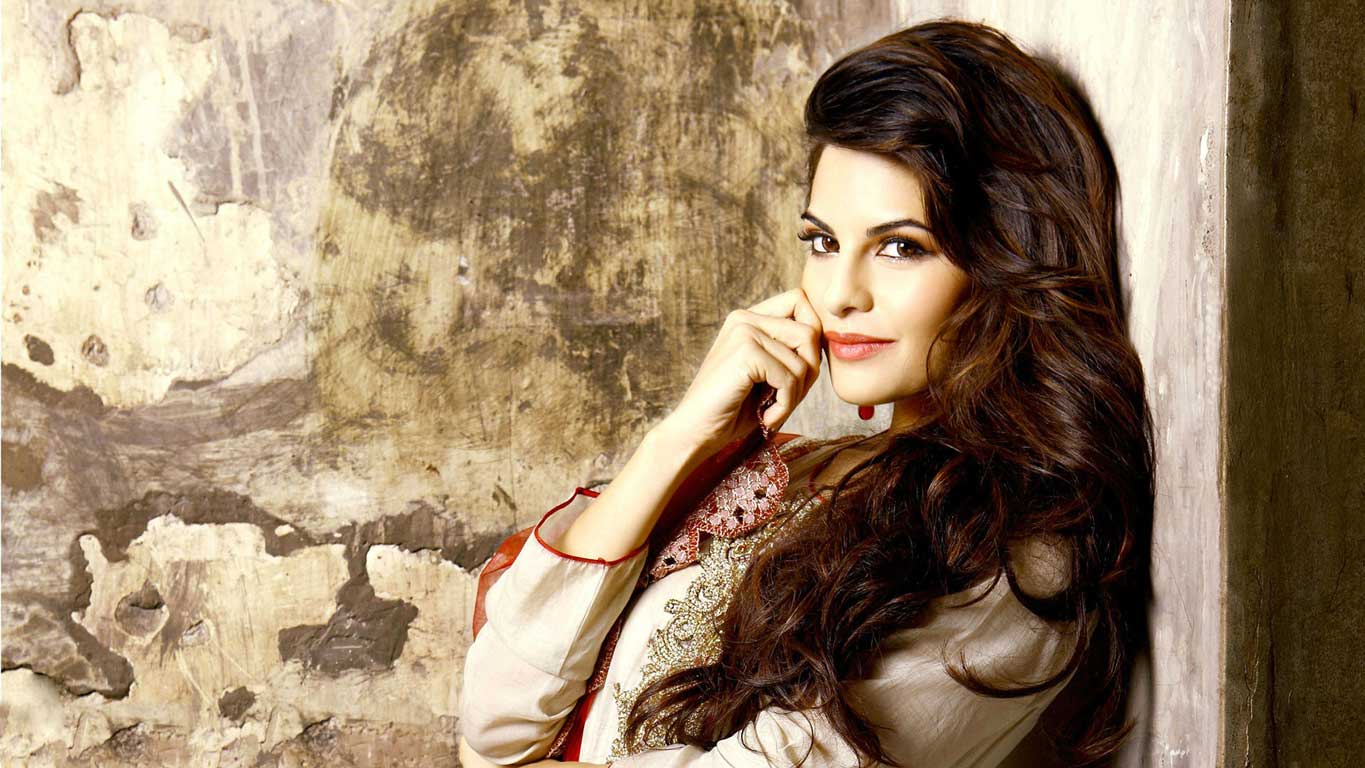 By: contribs
In: Bollywood, Entertainment

Jacqueline Fernandez talks about all things personal and professional in a spontaneous chat.

Intro: Jacqueline Fernandez, born of mixed parentage was a Miss Sri Lanka, a few years ago. But then Bollywood beckoned and the actress is here and right in the top ten actresses in Bollywood. Excerpts from an interview.

Jacqueline Fernandes has two brothers, and both of them are much older than her. “We did not have a great bonding during our growing up years. They are much older than me. They used to play football often and I wanted to play with them. But they used to drive me away. They were pretty bossy with me. We actually got closer only when we went away in our own lives with our own careers,” says the actress.

Jacqueline started working early in life. “I was around 14 when I started modelling. My brothers were pretty okay with my work. They did not have any issues with me doing modelling etc. I was also doing some work on TV as well then.  They were not protective about me working, but were insecure about the boys around me. I was not allowed to talk to the boys. My older brother is a body builder. The other one was also quite the angry types even though he is an accountant now. A lot of boys have gotten beaten up by my brothers because of me. I used to be scared of my brothers, but things changed as we grew older,” admits the actress.

Jacqueline now admits that barring her father, none of her family members watch Bollywood movies. “In fact others only are aware of Salman Khan and Shah Rukh Khan. When I was doing Kick, my brother Ryan walked up to me proudly telling me that I was working with a superstar and that everyone was very proud of me,” smiles the actress.

The Kick for roles

Meanwhile the pretty actress is not really perturbed by the fact that she has not been cast in the sequel to Kick – Kick 2, whose scripting is now underway. “Jacqueline has been ‘kicked’ out,” guffawed Salman a while ago when asked about the heroine of the sequel. But then Jacqueline is pretty gung ho that she will star opposite the star again.

“I am a girl with a very positive thinking. I have been brought up that way. Kick has been a landmark film in my career. It has got me in the top league of actresses. And I am sure that I will work with Salman again because that is my belief. No actress in Bollywood should think that she would be a part of the sequel because the heroes are the only one constant here. The heroines are always subject to change as it happened in films in the Race and Murder franchise of which I have been a part of. So if I am not there in the Kick sequel, it is fine,” she says matter-of-factly.

Jacqueline is now starring in a British film Definition of Fear. But the actress explains that that is a project she did because she did not want to miss out. “No actor should miss out on a good opportunity. I am going to be here in Bollywood because it established me. My presence in the glamour industry is due to Bollywood. And I will keep picking up films that give me satisfaction,” says the actress.

Jacqueline adds that she will not go out of her way to ask for work outside Bollywood. “I will not seek employment in Hollywood films, but if I get an offer, I will consider it. Even if it is a film in other languages like the south industry, I will give it a shot,” she adds.

Definition Of Fear written and directed by British filmmaker James Simpson is slated to release in a while from now. “So, I do not want to take away too much from the film by talking about it, but I can tell you that this is a horror film and I pay one of the four girls who are trapped in a difficult situation,” she explains.

Jacqueline who wanted to be an actress from her childhood days got her big break when she did an item number in her ex boyfriend Sajid Khan’s film Housefull. “I was initially skeptical about doing an item number, but then when I came to know that the song is with Akshay Kumar, I jumped and agreed. That was a turning point in my career,” says the actress.

Romance on and off screen
Jacqueline Fernandez is thinking about the time and she was immersed in her books during college life that she did not have time to peer beyond her books into a romantic liaison. “Actually my college life was not very exciting beyond my books. I was always very immersed in my studies and I also had no time to go out and do what a lot of college students did.  I do wish that I had done all that at that time. There was no Valentine’s Day for me in the college,” says the 30 year old actress.
So now given a chance which Bollywood actor she would like date which actor? Jacqueline is surprised and reacts differently. “Most of the men are already taken, so it is very difficult to decide,” she replies diplomatically. Remind her that her co star in her last release Kick – Salman Khan – still remains Bollywood’s most eligible bachelor with no tangible evidence of a link up barring Lulia Vantur and she continues in a diplomatic vein.
“See, Salman is also my friend and my co-star. I have a lot of respect for him as a professional and so yeah it’s very difficult to see him,” she rules out the man who will turn 50 by the end of the year.
And Jacqueline now maintains that she would like to romance not just Salman, but the other Khans too, but only on screen.
“I don’t know like I said when you actually get a chance to work with guy opposite you, you see them in a more professional way and that part becomes more like a co-star at work,” she clams up.
Linked earlier to a prince from the Middle-east and then with Sajid Khan, Jacqueline’s made it clear that it is nothing but work for her at the moment and she did enjoy working with heartthrob Ranbir in Roy last year.
“Ranbir is extremely versatile and for me it was a great experience working with him because it helped me learn a lot about so many things when it comes to acting and being spontaneous,” she replies.

When it comes to the movies, the actress is not signing everything she is being offered. “I think it takes a lot of hard work to make a film. So I prefer to choose a film very carefully,” she says.

Every woman should have an LBD

“I feel I look the most beautiful with a clean face, i.e. in my natural self. I feel a sun-kissed face looks more attractive than even one with plastic surgery. While in makeup I feel it’s just fine but without make up after I have cleansed my face I feel fresh and so many of my friends have commented about my natural beauty. I like simple beautiful faces and so I like to maintain a simple Sun tanned face.”

“For my first Filmfare award I had worn my signature look of an animal print. I really cherish that look. I feel I looked the best with that typical attire on. The red mouth too I loved the most which is a classic shining look for both day and night,” she says.

Jacqueline’s advice to every girl, “A little black dress in any girl’s wardrobe needs to be there, it comes in handy when one needs to go on an emergency event. The black dress makes one look presentable and attractive too. Also a black dress can be adorned with pretty accessories of any colour. But the black dress needs to be kept plain and simple.”

Jacqueline also loves her colours. “I love bright colours. I am not much of a black person yet I keep a black dress for emergencies.”

Much like other actresses Jacqueline loves being casually dressed. “During the day time I love wearing comfortable clothes. I focus on accessories like boots, belts and add a bracelet to add to my natural beauty. For the evenings, I like to be immaculately elegant when I go for parties. I like to be feminine in every way. My bag and shoes I chose need to match my dress rightly.”

About her style statement she says, “Style to me is inimitable definition of myself. Style changes according to my moods I always prefer to bring out my persona well in whatever dress I choose to wear.”

“I do not crave for any trends. I don’t think trends exist. All that is old turns new after a few years. Actually trend according to me is what an individual may create for self. Like now sixties and seventies trend is coming back in vogue. I feel whatever I think about my dress become a trend for myself and may be for others if like my style statement.”

“My favourite designer is Mandira Wirk. She always designs impressive wonderful stuff which also ranks as classy. Anything she designs for my persona it befits me very well. It is a fact she knows all my measurements that I need not worry while she designs dresses for me.”

The erstwhile Beauty Queen is back making the right noises at the box office ensuring...