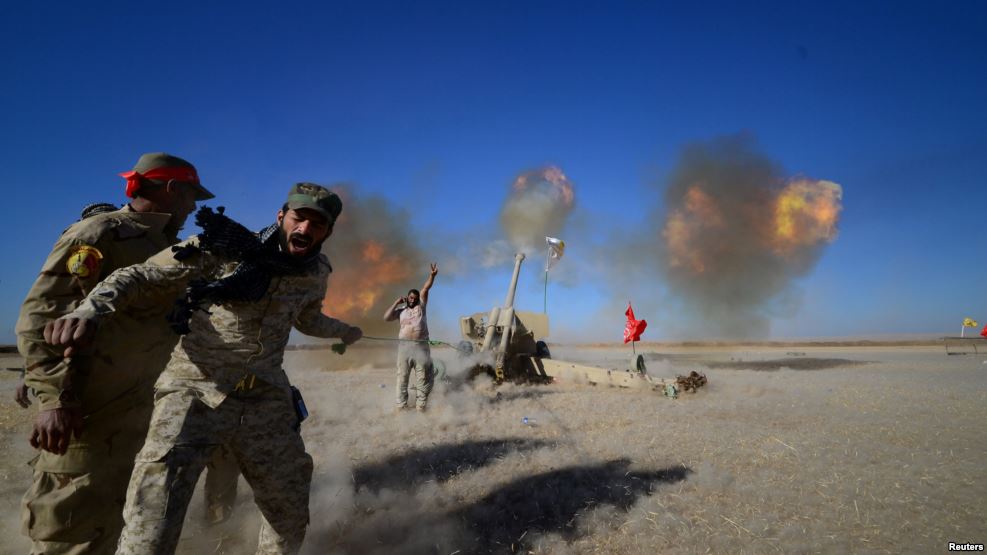 Iraqi troops are facing stiff resistance from Islamic State (IS) militants as they push deeper into eastern Mosul, backed by aerial support from the U.S.-led international coalition.

Major General Sami al-Aridi of the Iraqi special forces said on November 19 that IS militants were fighting in eastern Mosul with snipers, rocket-propelled grenades, and mortar rounds.

To the west of Mosul, government-sanctioned Shi’ite militias took full control of the Tal Afar military airfield on November 18.

Jaafar al-Husseini, a spokesman for one of the militias — the Hezbollah Brigades — said the clashes almost destroyed the airport but that it will be an important launching pad for the troops in their advance.

The IS extremist group captured Mosul, Iraq’s second-largest city, in the summer of 2014.

The offensive to retake the city, which was launched on October 17, is the biggest military operation in Iraq since U.S. troops left in 2011.

According to the United Nations, more than 56,000 civilians have been forced from their homes since the operation began, out of nearly 1.5 million civilians living in and around Mosul.

At first, it sounds like a charming love story: Playmates who grow up side by...