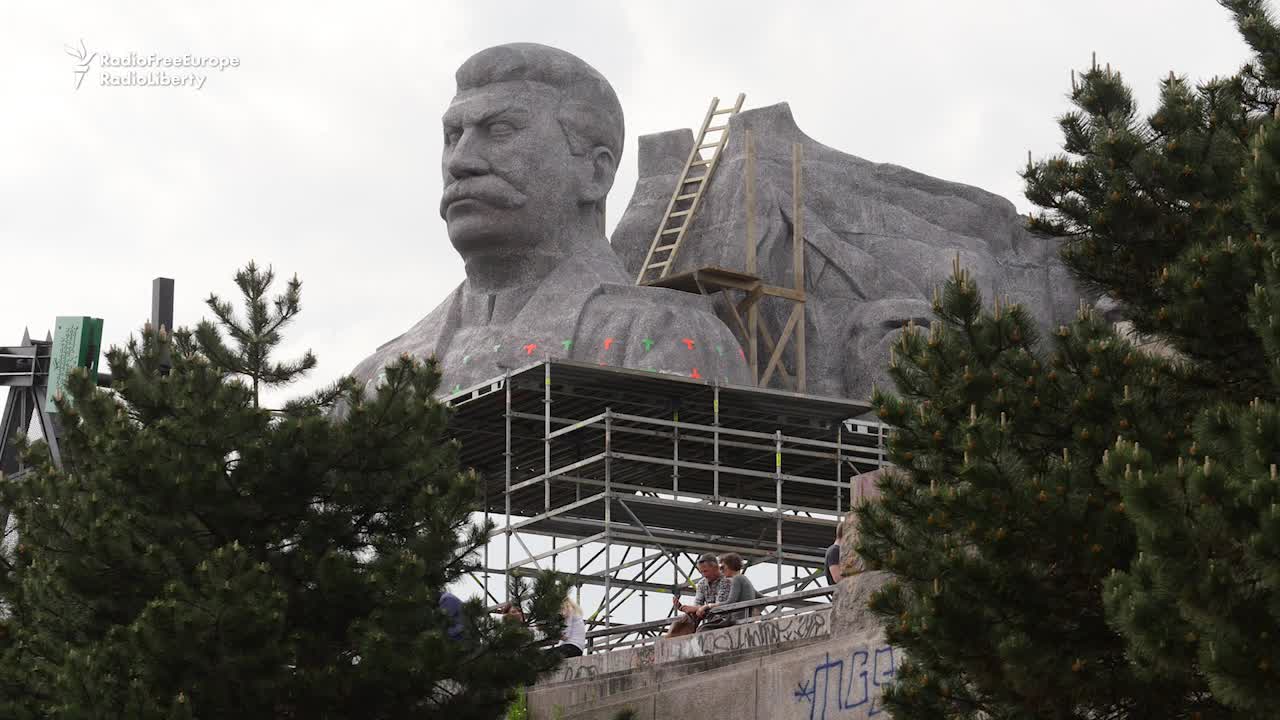 By: contribs
In: Features

From 1955 until 1962, the world’s largest statue of Soviet dictator Josef Stalin loomed over the Czechoslovak capital, Prague. The 17,000-ton colossus dominated the skyline, impossible to miss. Yet the sculptor who designed the monument, Otakar Svec, never saw it.

For one day last month, the tyrant’s giant head once again hung high above Prague, an essential character in the production of a new film relating Svec’s personal tragedy.

“This monument destroyed its creator, broke his life,” director Viktor Polesny told RFE/RL. “That is what our film is about — about the situation into which this man fell and from which he could not escape.”

Polesny’s film, Monster, is based on the novel Granite Stalin by Czech writer Rudla Cainer.

The fate of sculptor Svec is similar to those of many Central European intellectuals from the generation born at the end of the 19th century that got caught up between the millstones of Hitler and Stalin.

He was born in Karlovy Vary in 1892 and began his career as a sculptor after World War I. Besides the Stalin tribute, he is most famous for a futuristic sculpture called Sunbeam Motorcyclist, as well as for monuments to Czech historical figures including Holy Roman Emperor Charles IV, first Czechoslovak President T.G. Masaryk, and doomed Christian reformer Jan Hus.

His Masaryk statue, which commanded a view of Prague from the same spot where the Stalin monument later would, was destroyed after Hitler occupied and partitioned Czechoslovakia.

Svec kept a low profile after the communists took over Czechoslovakia and the country was absorbed into the Soviet orbit. “He was a complicated person, like the majority of artists,” Polesny says. “Essentially, he was a man of the First Republic [the independent Czechoslovak state between the world wars]. He was not a communist.”

WASHINGTON -- A top U.S. official says economic sanctions continue to be the most powerful...